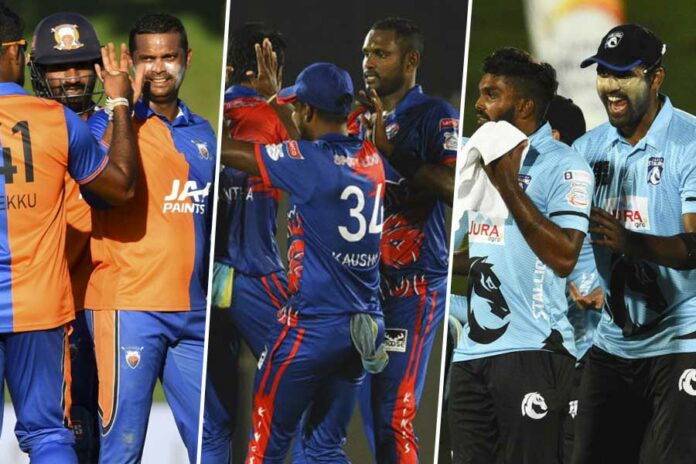 With less than a week to go for the start of the Lanka Premier League 2021, all five franchises have confirmed their Captains and the Head Coaches, ThePapare learns.

The current Sri Lanka T20I Skipper Dasun Shanaka will captain Dambulla Giants, whilst the experienced former Australian Cricketer Stuart Law is set to function as the Head Coach of the franchise. Sampath Perera will act as the Assistant Coach, along with Kaushalya Gajasinghe, who has been appointed as the Fielding Coach.

Last year’s runners-up, the Galle Gladiators, will be led by Sri Lankan middle order batter, Bhanuka Rajapaksa. Former Pakistani fast-bowler Umar Gul has been appointed as the Head Coach, replacing fellow Pakistani Moin Khan, who is unavailable for LPL 2021 due to a family commitment. Indika De Saram will be deputizing Gul as the Assistant Coach.

Former Sri Lanka Captain Angelo Mathews has been appointed as the Skipper of the Colombo Stars. He led Colombo Kings in the first season. Former Sri Lankan spinner Ruwan Kalpage will be the Head Coach of Colombo Stars, whilst Champaka Ramanayake (Fast Bowling Coach), Manoj Abeywickrama (Fielding Coach), Trevin Mathews (Assistant Coach) and Piyal Wijetunge (Spin Bowling Coach) make up the rest of the backroom staff for the franchise representing the capital of Sri Lanka.

Hard-hitting batter Angelo Perera is set to lead the Kandy Warriors outfit, with former Zimbabwe Head Coach and Indian Cricketer Lalchand Rajput serving as the Head Coach. Ruvin Peiris will be assisting Rajput in the capacity of Assistant Coach. The former Indian Test cap will be the Cricketing Director of Kandy Warriors.