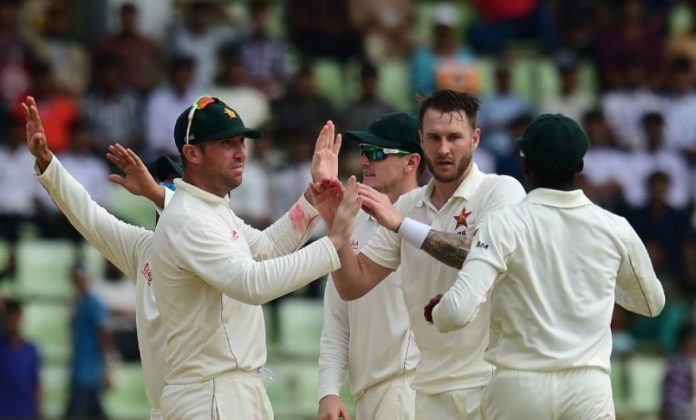 Zimbabwe fast bowler Kyle Jarvis is set to miss the second Test against Sri Lanka after sustaining a disc bulge, which has resulted in him “struggling with back movements due to lower back pain, muscle spasms and stiffness”.

According a statement issued by Zimbabwe Cricket on Sunday, 1 January, Jarvis will undergo a period of rest to allow for the pain to subside before he starts physio therapy.

The management have called up Tinotendaa Mutombodzi as a replacement. Mutombodzi, a leg-spinner who can add runs lower down the order, has played 24 limited overs games, but is uncapped in the longest format.

But according to the release, Carl Mumba or the uncapped Charlton Tshuma – both fast bowlers – is likely to replace Jarvis in the playing XI.

“Apart from Jarvis missing the game due to injury, we are likely to stick with the same team, giving the middle order another chance,” David Mutendera, the convenor of selectors, said. “The only addition to the squad is Mutombodzi, a good bowler whose batting ability will also be a massive boost for us.”

The good news for Zimbabwe is that opener Kevin Kasuza returned to training after having suffered a mild concussion during the first Test due to a blow he copped to the helmet while fielding at short leg.

Kasuza made a solid 63 in Zimbabwe’s first-innings total of 358, and Zimbabwe will hope for another contribution from him in a bid to level the series in Harare. The second Test starts on Monday.