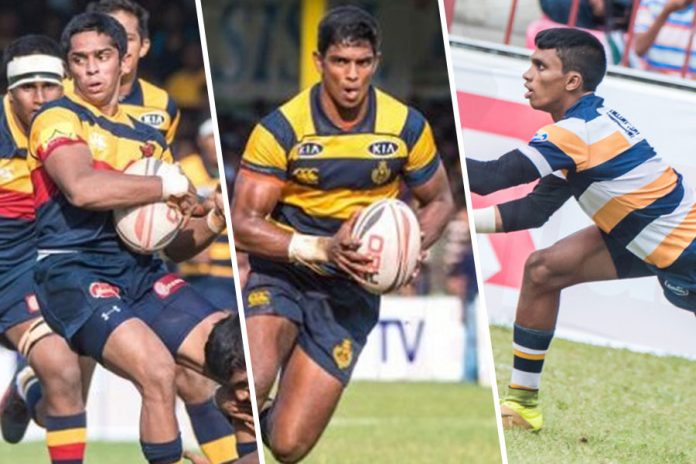 It’s that time of the year again, where ThePapare.com recognizes the stars of the Schools’ Rugby arena and felicitates them for their efforts and outstanding work. Let’s take a look at the nominees for this year’s ThePapare.com’s Most-Popular Schools Rugby Player award.

For the third consecutive occasion, ThePapare.com.. 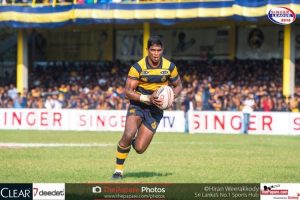 A major role in this year’s league winning run by Royal was played by Janidu Dilshan, who stood firm at the Centre position. He made some dashing carries and important tackles which posed a huge threat to every opposition Royal played against, throughout the whole league. Dilshan scored 6 tries this year, showing his ability to even act as a finisher, which usually many Centres lack. His all-round performance made him an obvious pick for us. 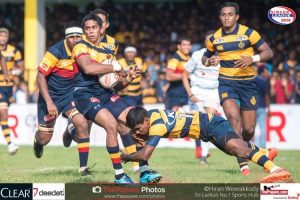 Although Trinity failed to find much success in this year’s league, Vishwa Ranaraja kept the fans cheering with his scintillating runs in the wings. Ranaraja often ended up outrunning his opponents, which was the one of the few positives for the Lions this season. Despite Trinity finishing 6th in the League, Ranaraja can be pleased with his individual performance this year. 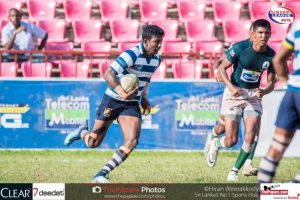 A work-horse in the Joes outfit, Gamunu Chethiya is a well-balanced utility back who any coach could rely on. He ended this year’s league as the top try scorer with 11 tries to his name, including 3 hattricks. He was the Joes’ savior many times this season, both with his attacking and defensive capabilities. His try-saving tackle against St. Peter’s in this year’s Joe-Pete encounter will be remembered for a long time. 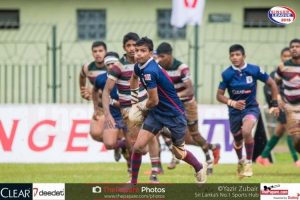 “A fly-half is only as good as his scrumhalf”, and Kingswood continued to prove it this year as well. Similar to last year, where Jansen and Ranaweera were the perfect duo – this year, Asiri Senaviratne combined well with his scrumhalf, which led to Kingswood’s success in this year’s league. His distribution and playmaking abilities put the Kings up about  many more fancied teams.

Top Try and Point Scorers of the Schools Rugby League 2018.. 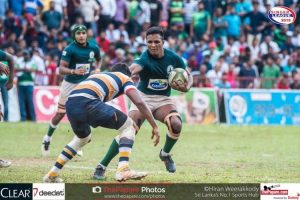 Leading from the front, Isipathana Skipper, Manilka Rubeyru, was extraordinary in marshaling his troops and keeping them motivated. Despite being just 17 years old, the young Centre kicked, scored tries and created opportunities, scoring 64 points for his side which helped Isipathana have a fairly decent finish this year. 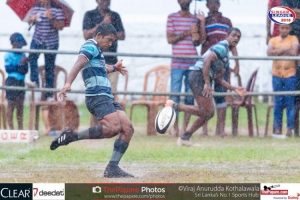 What a player this young full-back turned out to be for the Double-Blues. He was a definite threat to the opposition, with his decision making ability and good game awareness, Zubair was too strong for many defenders to slow down. He scored a total of 60 points this year in which 50 points came off his boot. With a year more to go in schools’ rugby, Zubair will be a player to watch out for. 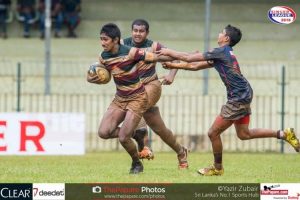 Zahira came in as underdogs this year and managed to retain their position in the top tier for another year as well. Deputy Skipper, and Centre, Minhaj Samsudeen showed great promise and skills, especially in his defence. When switched to the pivotal fly-half position, Samsudeen has managed to distribute the ball and feed his forwards with good ball, getting Zahira going. 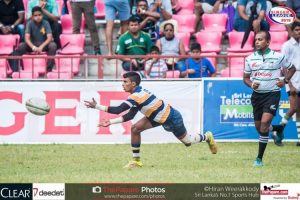 From the back of the scrums, mauls and breakdowns – the nippy Scrumhalf has been the playmaker for the gritty Bamba-Brigade. He controlled games and knew when to up the pace and slow it down and more often than not, his decisions favored the Peterites. Although he is a small lad, he’s never underestimated by anyone.

Voting for the Most Popular Schools Rugby Player will commence on 20th June 2018 and will conclude 10th July 2018.

ThePapare.com invites you to actively participate in the voting and support your favourite player in order to make him ThePapare’s Most Popular Schools Rugby player of 2018.