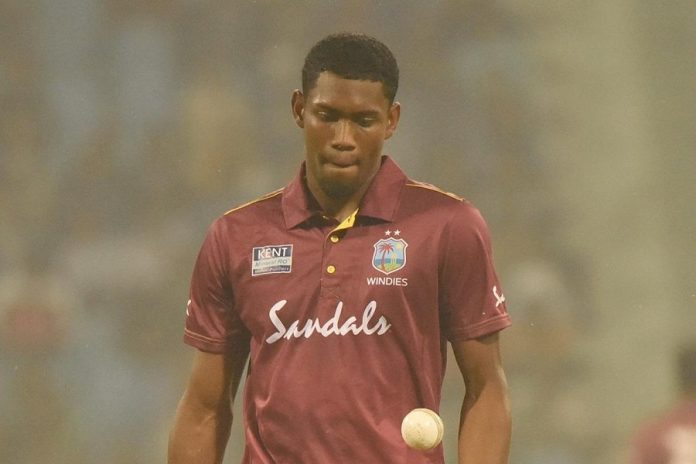 Cricket West Indies have announced that the 21-year-old seamer will be Allen’s replacement after the latter injured his knee while fielding in the first T20I.

Allen’s involvement in the first game of the three match series was limited to an unbeaten five from seven balls before the injury forced him from the field in the seventh over of the Afghanistan innings. West Indies went on to win by 30 runs to go 1-0 up in the series.

Paul came on as a substitute fielder for the remainder of that innings, taking the catch to dismiss Asghar Afghan, and has now replaced the batting all-rounder in the squad for the rest of the series.

A successful T20I captaincy debut for Kieron Pollard as West Indies take a 1-0 in the series against Afghanistan 👏#AFGvWI 👇https://t.co/98iSF64HFM pic.twitter.com/kvh6nJlSzB

Replacing Allen in the side for the second game, Paul struck twice with the ball finishing with 2/28 from his four overs. With the bat he struck a six from the first ball he faced but managed only 11 from 9 balls before being bowled in a chase which fell well short of their target, leaving the series at 1-1 going into the third and final T20I.