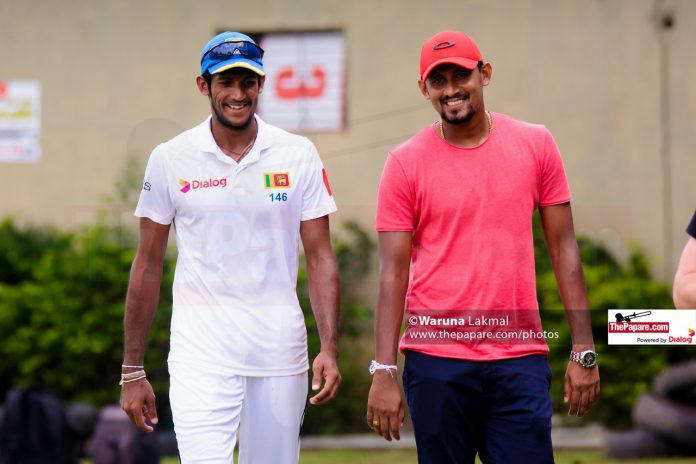 Sri Lankan pacer Kasun Rajitha has been ruled out of the Test series in Pakistan due to a hamstring injury.

Rajitha was impressive in the spell he bowled at Rawalpindi to bag one wicket in 6 overs but was never given the ball by captain Dimuth Karunaratne after he picked up an injury while bowling on day 05 of the Test.

A replacement for Rajitha has not been named by the Ashantha de Mel led selection committee yet, and there is a good chance that Committee will not be naming another player as Sri Lanka possess an extra seamer in Asitha Fernando who was sent to replace Suranga Lakmal.

This is the second blow to Sri Lanka’s pace unit with veteran Lakmal being ruled out ahead of the series due to contracting dengue.

The first Test at Rawalpindi was concluded as a draw as most of the Test match was ruined due to rain and bad light, bringing an anti-climactic end to the return of Test Cricket in Pakistan after 10 years. The 2nd Test will begin on 19th December, at Karachi National Stadium.