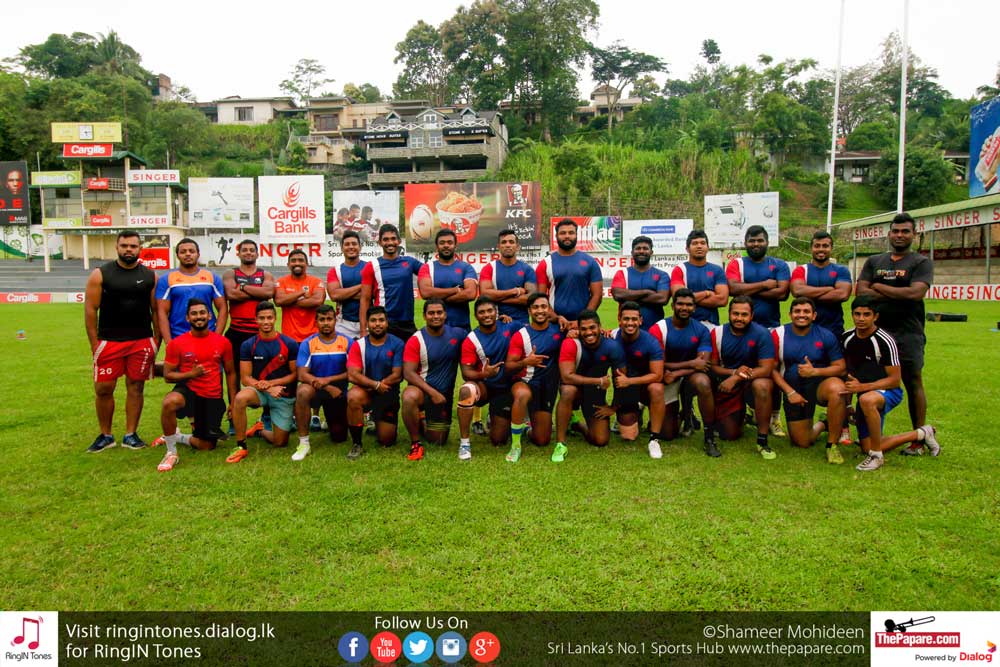 Kandy SC has had the upper hand in almost every Club Rugby season in the past two decades, showcasing some outstanding talent and skill.

They will come up against some tough competition in the likes of UAE club arena champions the Abu Dhabi Harlequins and the Bahrain RFC at the West Asia Club Championship, which is set to kick off on the 15th of September at the Nittawela Stadium.

Kandy SC has starred in all three competitions held so far dating back to 2015. They finished as runners up last year as they went down to the Abu Dhabi Harlequins. This time around, playing at home in Nittawela, they will look to secure the trophy. The conditions for both visiting teams will be a little alien as heavy rains have been seen in and around the Kandy area.

The Western Asia Club Rugby Championship 2017 is all set to be held in Sri Lanka for the first….

Kandy will more or less have the same crop players that they had last season and have been further strengthened by the return of Jason Dissanayake and Anurudda Wilwara from injury, however, they are unlikely to play. Veteran Fazil Marija’s intentions on being aside of the sport for a while leaves the vital Fly half position open and with Coach Sean Wijesinghe resting most of the experienced heads, it would be interesting to see who takes the Number 10 jersey.

The likes of Roshan Weerarathne, Shehan Pathirana, Buwaneka Udangamuwa, Richard Dharmapala and Dhanushka Ranjan will not play the series, opening the doors for some young players to get some valuable game time.

Heshan Jansen, the Kingswood captain this year and his teammates Lakshitha Ranaweera and Chathura Senevirathne have joined the squad. The trinity 2015 fly half and full back Sanushka Abeywickrama has also been picked up to play at the scrum half position.

Ashan Darling has been Kandy’s pick of the season as he has moved from Havelock Park to join Kandy for the upcoming season. Despite the loss of some experience, Kandy still looks a formidable force.

“We started practices two weeks ago, and even though the full squad isn’t here yet, as some are playing for Sri Lanka in the 7s, we still have all our players in good shape. We have decided to rest at least 10 of our best players in this series. The squad selected is pretty young with school boy players coming into the squad.”

“Talking about the Western Championship, it’s a good opportunity for the young players to gain some experience and learn from this championship. The visiting teams hold an advantage in terms of height and weight compared to our players, but since these are home conditions we will look to challenge them and use the conditions well.”

Senior player Gayan Weeraratne made it clear that the practices and the preparations for the tournament have all been done, although he himself is unsure of whether he will play the Championship starting next Friday. He also pointed out that the main reason to give youngsters a chance was for them to have experience and to rest out the players with small injuries.

The tournament will kick off on the 15th of September where Kandy will host the Abu Dhabi Harlequins at Nittawela, their home grounds. Kandy will face their next opponents on the 22nd of September.