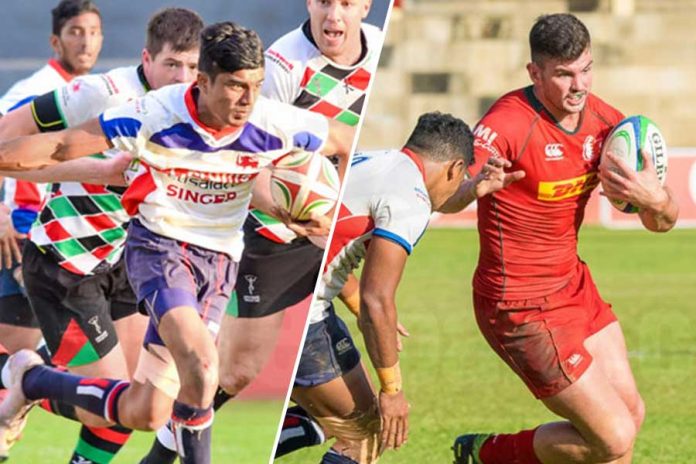 Everything is set for the 2018 edition of the Asia Rugby Western Club Championship (ARWCC) to be kicked off in Sri Lanka and UAE, from 31st August to 14th September.

Kandy Sports Club is yet to win their first title, having competed at the event over four years. Defending Champions Abu Dhabi Harlequins are favorites to win the title this year as well, however, Kandy SC can never be underestimated.

Although Kandy fielded a young outfit last year, they still managed to give both the visiting teams a scare. Our local Champs came ever so close to winning their first International League, but fell short of just 1 point in the title decider against Bahrain RFC and 4 over-all points in the league.

With Kandy’s success in the concluded domestic league, it’s clearly evident that they are capable of dominating the Western Asian region, IF they play to their potential AND field a full-strength team.

But with the Asian Rugby Sevens Series clashing on the same day, the question lies, will Kandy SC be able to start their key players in Srinath Sooriyabandara, Richard Dharmapala and Danushka Ranjan who have led the Tuskers’ in the recent past.

This will be a golden opportunity for Kandy youngsters like Heshan Jansen, Diluksha Dange and Lakshitha Ranaweera, to gain some exposure and experience playing with national players in an international level, which will most likely be one of Kandy’s intentions.

Stay logged on to ThePapare.com for latest updates and news from the ARWCCL.