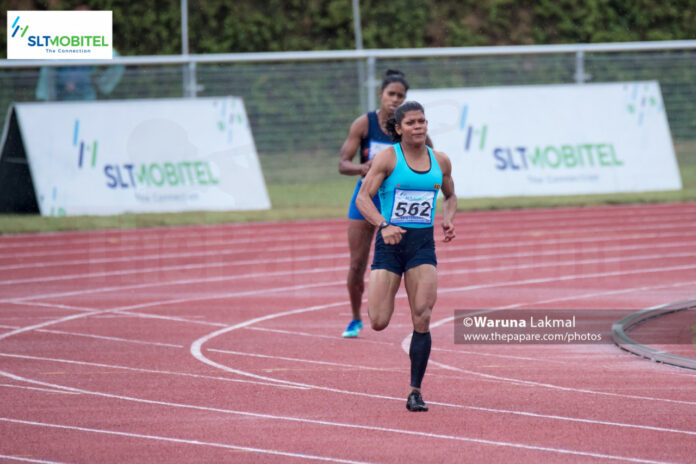 The Junior National Athletics Championship commenced yesterday (9) at the Sugathadasa Stadium in Colombo but was halted midway through the day and postponed until further notice.

The Championships, being held for the 1st time in 2 years, was to go on until the 12th of May.

During the morning session yesterday, P Abilashini of Hindu College, Chawakachcheri managed to establish a new national record in the Girls’ U18 Pole Vault, clearing a height of 3.15m.

Nethmika Madushani also established a meet record in the Girls’ U18 Long Jump event, with a leap of 5.98m.

A few other heats were also held during the 1st session, but due to the escalating situation in the country, which saw curfew imposed in Colombo by midday, the organizers took the decision to halt the day’s proceedings and postpone the championship until further notice.

The Junior Nationals are a key event, particularly this year, with the World Juniors set to be held in Colombia in August. Athletes have until the 1st week of July to hit qualification standards for the event.