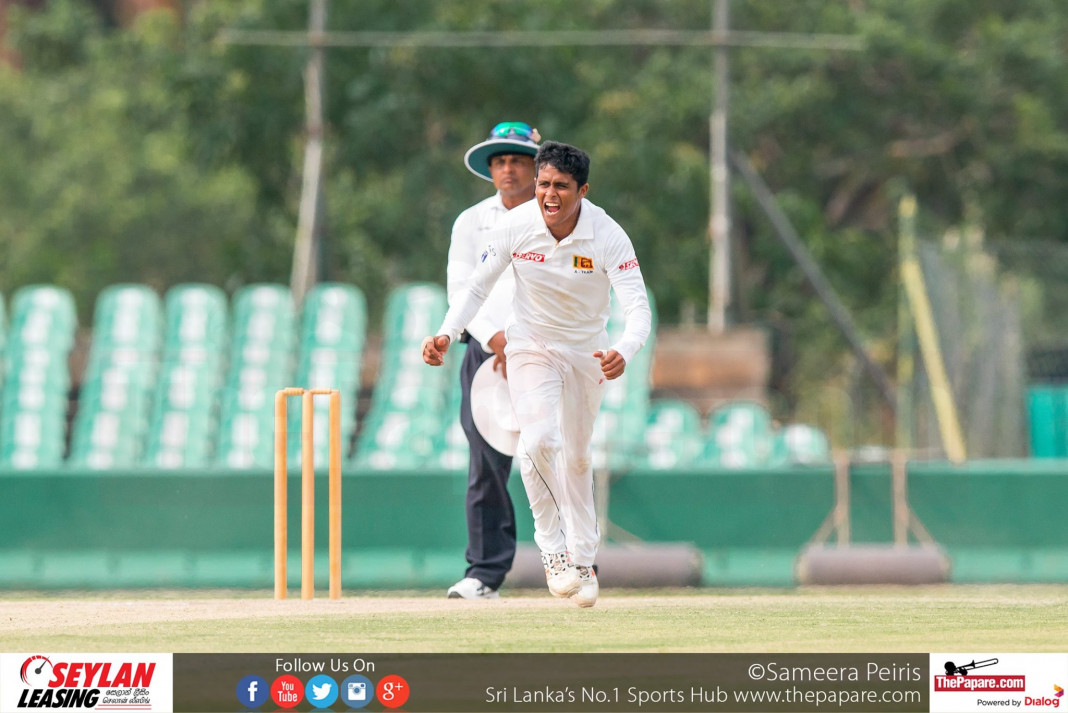 Right-arm leg-spinner Jeffrey Vandersay picked up his 9th five-wicket haul in first-class cricket as he bowled Sri Lanka A to a commanding 138-run win over West Indies A in their third and final unofficial Test match which concluded at Rangiri Dambulu International Stadium today.

Vandersay took 6 for 47 in a cracking spell to dismantle the visitors to 194 in their second innings after the hosts set a victory target of 333 earlier in the day. Sri Lanka A won the three-match series, 2-1.

The two overnight batsmen, Dasun Shanaka and Roshen Silva batted for 13.2 overs to accumulate 46 more runs to their overnight score of 211 for 5. Silva was dismissed on 44 by Keon Joseph and that prompted the declaration. He took 97 deliveries for his 44 while Shanaka smashed 5 fours during his 76-ball unbeaten 33.

Chasing 333 runs to win, the Windies openers, Kieran Powell and Rajendra Chandrika got their team off to a solid start scoring 44 and 30 respectively while adding 63 for the first wicket but both the players were trapped plumb in front by chinaman, Lakshan Sandakan.

Skipper Shamarh Brooks fought hard for the Caribbean team with a valiant 75-ball 46 but Vandersay ran through the Windies middle-order with a stunning bowling effort. He bowled 21.2 overs and five of them were maidens as he grabbed 6 important wickets for just 47 runs.

The visitors lost their last 6 wickets for just 23 runs as the Lankans came strongly in the final session to wrap up the innings in fading light. Sandakan returned with figures of 3 for 61 and ended with a match bag of 6 for 115.

The first match was won by the home team in Colombo and the visitors leveled the series with a crushing win in Pallekelle.

The three-match one-day series will commence on 24th October in Dambulla.