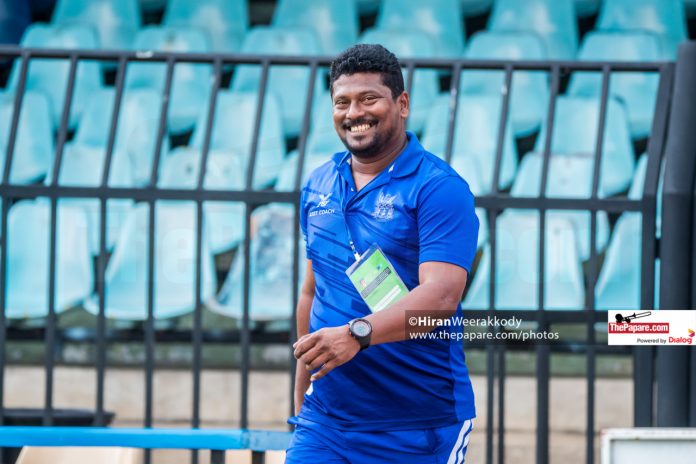 Navy Sea Hawks assistant coach Janaka Silva has been appointed as the Assistant Coach of the National Men’s Football Team.

The date is set as 6th June for the 1st leg of the FIFA World Cup..

As Sri Lanka embark on a month-long preparation tour for the all-important World Cup Qualifier against Macau, the Football Federation of Sri Lanka has appointed Janaka Silva as assistant coach of the National Football Team.

Speaking exclusively to ThePapare.com on the appointment General Secretary of the Football Federation of Sri Lanka (FFSL) Jaswar Umar said;

“He is appointed only for the World Cup Qualifiers. Until the two Macau matches and we may renew and go till December for the South Asian Games.”

“Since it’s an assisting coaching function, the head coach preferred an individual who can assist him. As the head coach already has his strategies and plans bringing a top coach to the role will not help. They may have their views. Head coach is on the final stage of his preparation and we don’t want to change the course,” he added on why some of the top level coaches were not appointed for the position.

Coming into coaching, Janaka currently holds an AFC ‘B’ License and is the Head Coach of Lyceum International School Wattala. He is the Assistant Coach for Navy Sea Hawks FC in the Dialog Champions League. He was also the caretaking head coach for 6 matches for the Sea Hawks where they won 5 games when the Head Coach Damodaran Chandrasiri was away on medical leave.