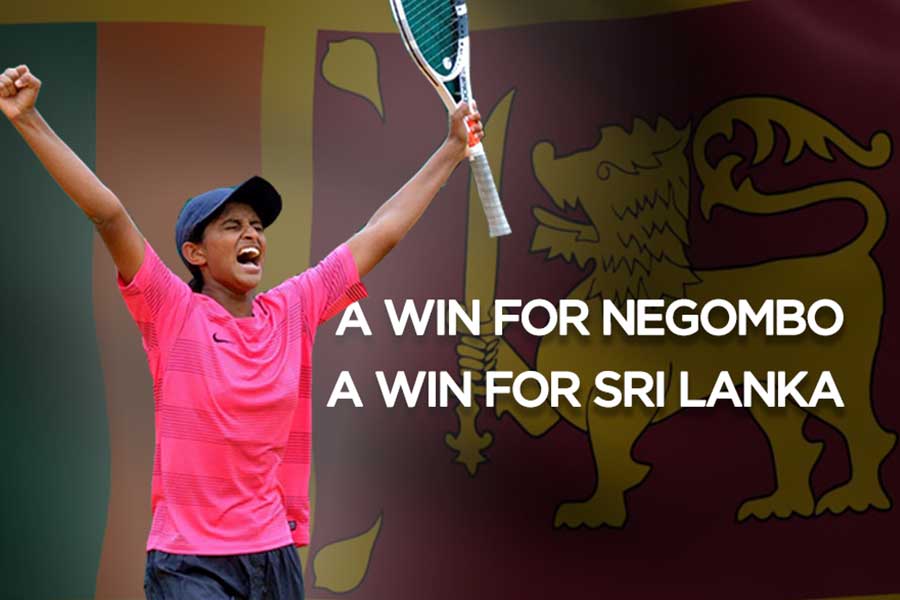 The last of the final qualifiers of the Junior Fed Cup 2019 was….

The annually held circuit in the Junior ITF Tennis calendar is played over 2 back-to-back weeks with the 1st week of the tournament kicking off on the 22nd April in Colombo, Sri Lanka. Both weeks of the event will be played at the Sri Lanka Tennis Association.

Kurera was matched with the 3rd seed of the tournament, Yujin Kim of Korea in the 32-member girl’s draw. Although Kim fought well in the first set, matching stroke to stroke with young Anjalika, the Lankan managed to finish the match off in a stylish 2-set play.

The first set went to Kurera amidst much cheer from the local fans who were rooting for a win amongst the losses that took over Sri Lanka this past week. The 15-year old from Negombo, took to heart her people’s hope and played a heroic final, lighting up Colombo.

After snatching the first set at 7 games to 5 with a fight back from Kim, but Kurera wasted no time in declaring the win in the second, finishin it 6 games to 1. Final scores read, 7/5, 6/1 in favour of the home crowd favourite.

Anjalika Kurera started the tournament as the 5th seed in the girl’s draw and secured the most important win at the semifinal against tournament 6th seed, Harune Shigemasu from Japan in two comfortable sets.

Anjalika started strong conceding just 2 games in the first set to gain momentum at 6/2. She wasted no time in wiping her opponent out in the second as she won six games straight to seal the deal. Final scores read 6/2, 6/0. 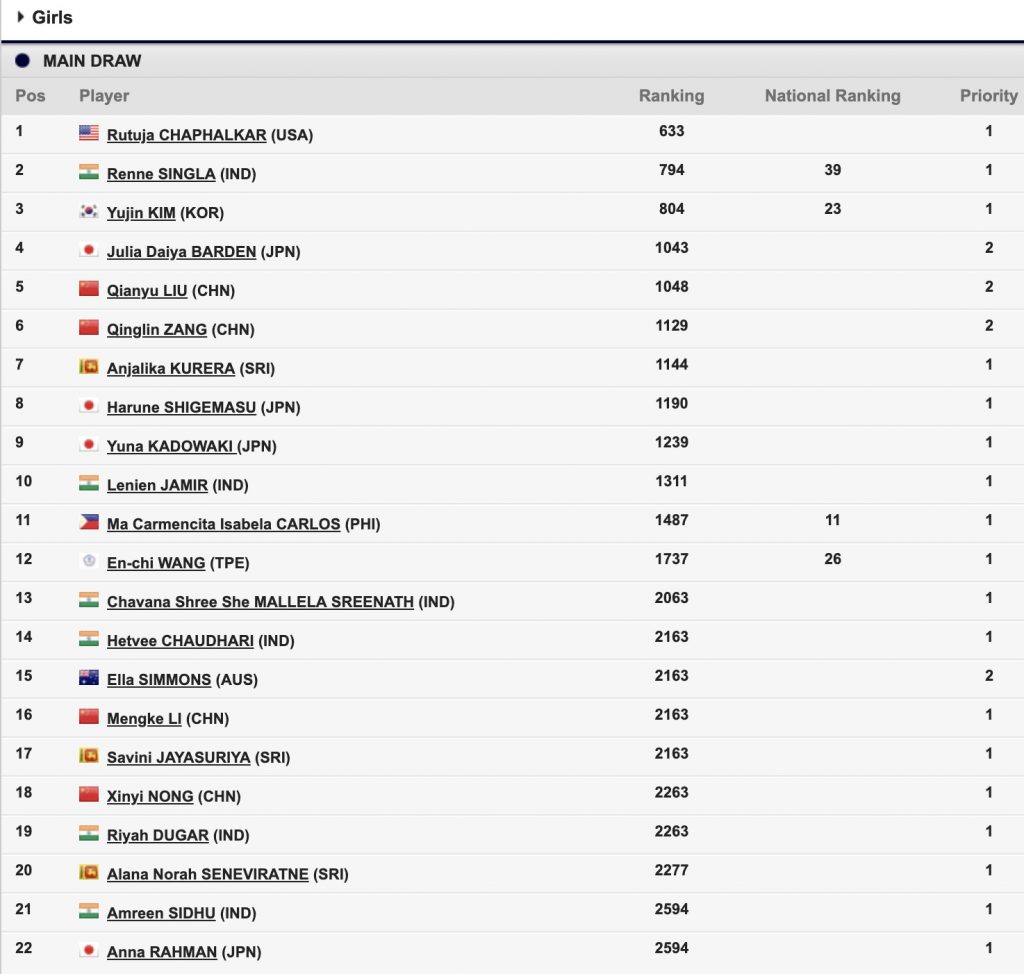 Of the nine, only 4 managed to make their way through to the second round. Starting in the bottom half of the draw, Alana Seneviratne defeated Viveha Sivaraman of India 6/4, 6/2. However, in the second round, she lost to tournament bottom seed Qinglin Zang from China 6/1, 6/2.

2019 Girls World Juniors top performer, Heshani Imanga won her first-round match against Sukhmani Sahota, also from India. Sahota bowed out of the competition rather cheaply, in straight sets, 6/3, 6/1. However, Imanga was handed her exit in the very next round by Reshma Maruri of India, 6/1, 6/0.

The World Juniors final qualifiers have not been Sri Lanka’s…..

Oneli Perera grabbed her one and only win in the tournament against Australian bred Sethmi Sumanaweera with a straight set victory of 6/4, 6/1. However, India’s Lenien Jamir was too strong a force for the Lankan as she went down 6/2, 6/3 in the 2nd round.

Star player in the Junior Fed Cup Team that traveled to Thailand this past week, Anjalika Kurera once again shone with the racket for Sri Lanka. Seeded 5th in the tournament with 1144 ITF points under her belt, the first-round match for her was against Indian Riyah Dugar which she comfortably overcame with a score of 6/2, 6/2.

Next was Mengke Li who fought well in the first round pushing it to a tie-breaker but Kurera managed to keep it under 2 sets to win her 2nd round match, 7/6 (3), 6/1. Moving on to the quarterfinals of the tournament, she faced off against 4th seed Qianyu Liu of China.

The U14 Sri Lanka Tennis Team faced the misfortune of….

A tougher match than the rest, Kurera was made to fight hard for victory but once again, she wrapped it up in two sets, booking her place in the semifinals. Final scores read 7/6 (3), 6/2 in favour of the Lankan.

In the Boys draw, three Sri Lankans were able to reach the second round, out of which, one made it through to the quarterfinals before exiting. 2019 Junior Davis Cup Team members, Chathurya Nilaweera and Dhilvan Herath won their respective first round matches in the Boy’s main draw.

Sri Lanka safe from relegation in 2020

After a horrific start to the competition, Team Sri Lanka…..

Dhilvan Herath defeated Tian Liang of China 6/2, 6/2 in his opening match, only to be botched by 3rd seed Sandeep VM in the next round, 6/1, 6/2. Chathurya Nilaweera won his match against Dhananjay Athreya of India, who entered the main draw from the qualifying round, 6/1, 7/5. However, Akhilendran Indrabalan handed Nilaweera’s ticket home in the very next round, 6/4, 6/1.

Shivendra Perera of Sri Lanka won his opening match against India’s Amaan Adil Tezabwala comfortably in straight sets, 6/3, 6/3. He went on to play Taym Alazmeh of Syria in his second-round match; While being one set up and 1-1 in the second, Alazmeh retired citing injury, handing Perera the win. Final scores read, 6/3, 1-1 Retired.

In the quarterfinal, tournament 6th seed Krishan Hooda of India defeated Shivendra in straight sets, thereby ending the youngster’s journey in the tournament. Hooda secured his win with a swift 6/0, 6/2 victory over the Lankan.