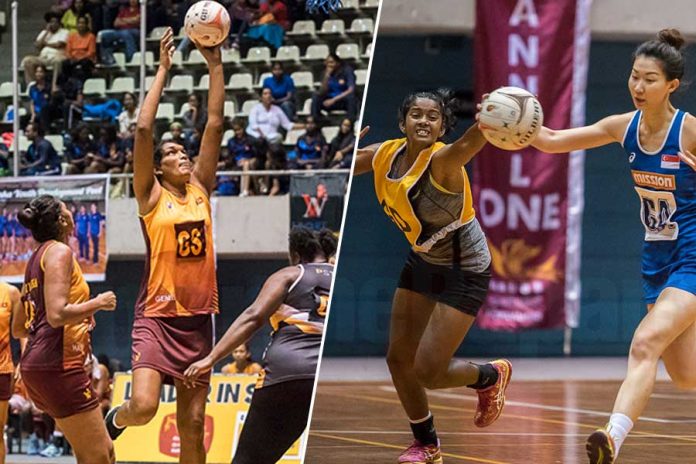 Sri Lanka Development pool impressed in a losing cause to Singapore while Sri Lanka National pool romped to a huge win on day 3 of the Invitational International Netball Tournament at the Sugathadasa Indoor Stadium.

PStar Netball Club put on an improved performance compared to day 2, where they lost 111-8 to Singapore, but could not stop the Sri Lanka girls from piling on the points.

PStar Netball included Ashlie Farrah who arrived on the island on day 2 and the England club seemed to have more energy and flow to their play.

Sri Lanka tested out another starting line-up as the 1st quarter ended 22-2 in favour of the hosts. They would go onto lead 45-5 at half time adding 23-3 in the 2nd quarter.

Sri Lanka entered the 3rd quarter with their strongest 7 and added another 29 points while PStar could only get 2 (74-7). PStar Club had an impressive 4th quarter in terms of scoring as they added 6.

The Development pool was buoyed by return of the 6’3” goal shooter Mellony Wijesinghe, who did not participate the day before due to a school tournament.

Development pool against the experienced Singapore National team took time to settle in but gave a good fight to end the 1st quarter 21-10. The 2nd quarter saw almost a similar score line (20-9) as Singapore led 41-19 at half time.

Both sides rested their main players for the 3rd quarter where Sri Lanka had the best quarter in terms of defense as they restricted Singapore to only 17 while adding 6. The 4th quarter score read 22-9.