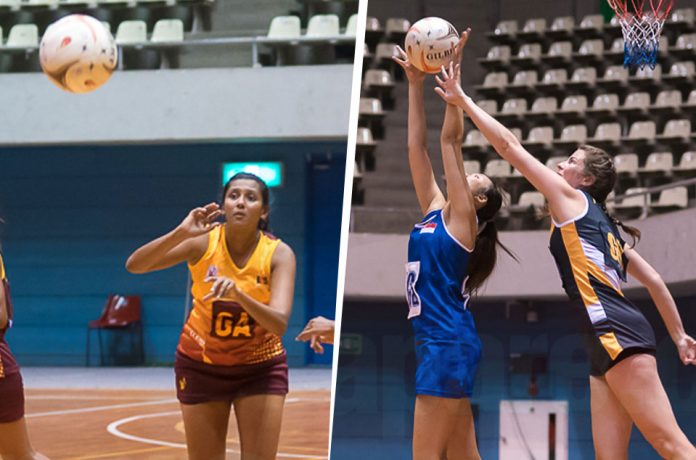 Singapore thrashed PStar Netball Club 111-08 in the first match of day 2 to register their 1st win of the tournament.

Singapore dominated from the 1st quarter where they led 31-2. They added another 25 points as the scores read 56-3 at half time.

They continued the momentum in the 3rd quarter even with a host of changes coming in. The 3rd quarter scores were 23-2. Singapore had their best in the 4th quarter scoring 32 while PStar Netball Club only managed 3 points as the match ended 111-8.

Sri Lanka had another dominant victory with a 74-24 win against Sri Lanka Development.

Sri Lanka rested star shooter Tharjini Sivalingam and skipper Gayanjali Amarawansa for the match and tried out a few combinations especially in mid-court.

Sri Lanka National Pool led 17-4 at the end of the 1st quarter before finishing the first half 38-10.

Head Coach introduced Ellilenthini Sethukavalar as goal shooter for the final two quarters. Ellilenthini like Tharjini Sivalingam is from Jaffna and was unearthed through the Inter Association Netball tournament held a couple of months back. Ellilenthini is 196cm tall, just 10 centimeters shorter than Tharjini.

Ellilenthini had a good outing as Sri Lanka won the 3rd & 4th quarters 20-6 & 16-8 respectively. The Sri Lanka Development Pool minus a few names due to school tournaments played their best in the 4th quarter.