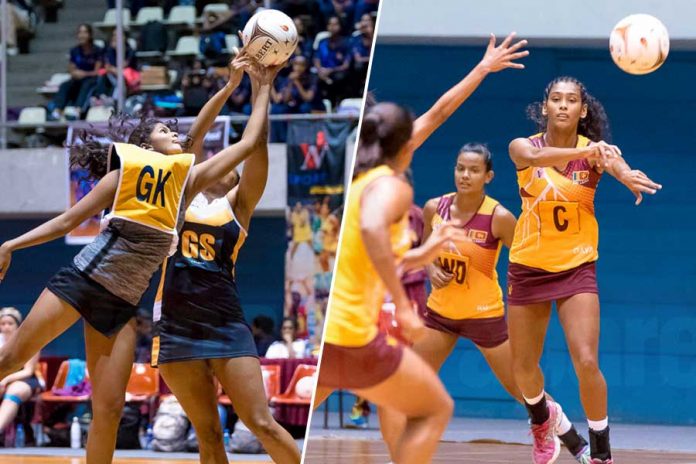 Sri Lanka defeated arch rivals Singapore 65-45 in a match where both teams experimented players and combinations with an eye for the Asian Netball Championship in September.

Sri Lanka welcomed their world renowned veteran goal shooter Tharjini Sivalingam after four years and she did not look like she had lost her touch. On the other end, Singapore introduced their 18-year old goal shooter Lei Pei Shan who was the star of their Asian Youth Netball Championship run in 2017.

Sri Lanka led 15-10 at the end of the 1st quarter with Sivalingam shooting 14/16 while Charmaine Soh and Pei Shan scored 6 & 4 points respectively on a poor 55.6% shooting.

Sivalingam continued her dominance shooting 16/16 and Hasitha Mendis added another 2 points as Sri Lanka stretched their lead to 33-17. Pei Shan scored 4 from 7 and Toh Kai Wei added 3 from 6 for Singapore.

After the break, Lee Pei Shan and Charmaine Soh switched positions – Pei Shan to GA & Soh to GS – which worked well as Pei Shan scored 10 from 12. However, the unrelenting Sivalingam scored 19 from 19 shots as Sri Lanka once again outscored their opponents 19-14 in the 3rd quarter to lead 52-31.

Sivalingam got a well-deserved break as Hasitha Mendis took over at GS and went onto to score 9 points in the 4th quarter. Singapore had the best quarter of the match with 13-14 where Toh Kai Wei making 11/15.

For Sri Lanka, Wijesinghe who played in the Netball World Youth Cup scored 41 from 45.