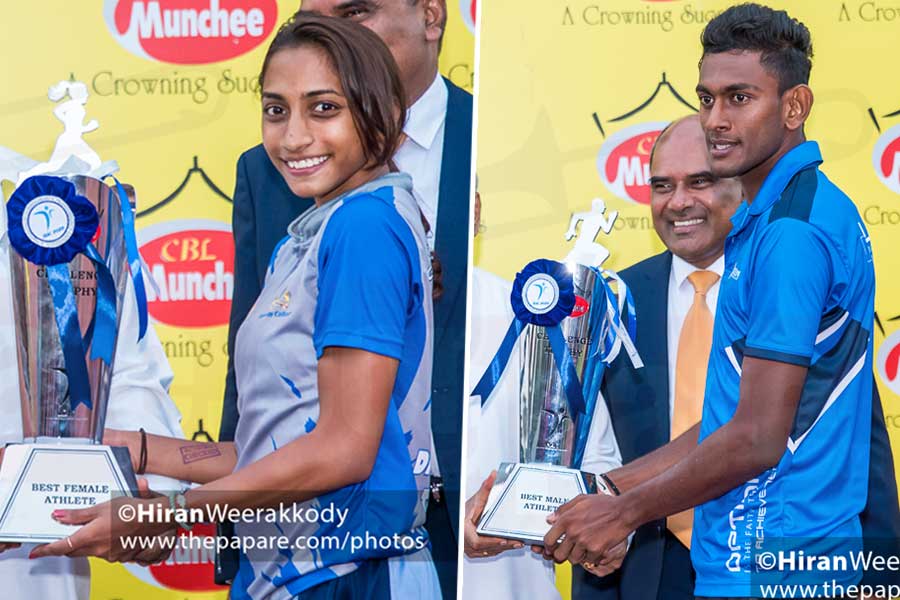 The sprint sensation Shelinda Jansen made her final year at the Schools meet count, winning the Best Female Athlete award as well as the Best Performer award at the 20th International Schools’ Athletics Championship, which concluded at the Sugathadasa Stadium today, 16th February 2020.

Jansen won this award back in 2018 for exceptional performance and was able to do the same this year as well. Jansen was able to establish a new meet record in the U20 Girls 100m event with a time of 11.94 seconds along with three Gold medals in the meet in total.

Shelinda’s first award came in the 200m event when she edged out fellow teammate Sadeepa Henderson for the Gold with a timing of 24.6 sec. Her second came with the Meet Record in the 100m which was a collective of 1003 IAAF points and the third was in the 4x100m Relay where she ran the final lap.

While Shelinda steals the thunder in the Girls category, Sandun Kumara of Lyceum International School, Wattala excelled in the Boys section. He was the recipient of the Munchee Challenge Trophy presented to Best Athlete – male, for his performance in the Triple Jump event which set a new meet record of 15.44m.

Pasindu Gunawardena of Gateway College Colombo took home the Boys U18 Trophy which was presented by Lyceum International School.

Lyceum International School, Wattala walked away with 4 overall trophies for the Under 14, Under 16, Under 18 and the Under 20 categories.

Lyceum International School, Wattala once again won the highest medal count of 92 which included 39 Gold, 30 Silver and 23 Bronze medals. Gateway College was second in the medal tally with 72 medals which had 24 Gold, 29 Silver and 19 Bronze medals. 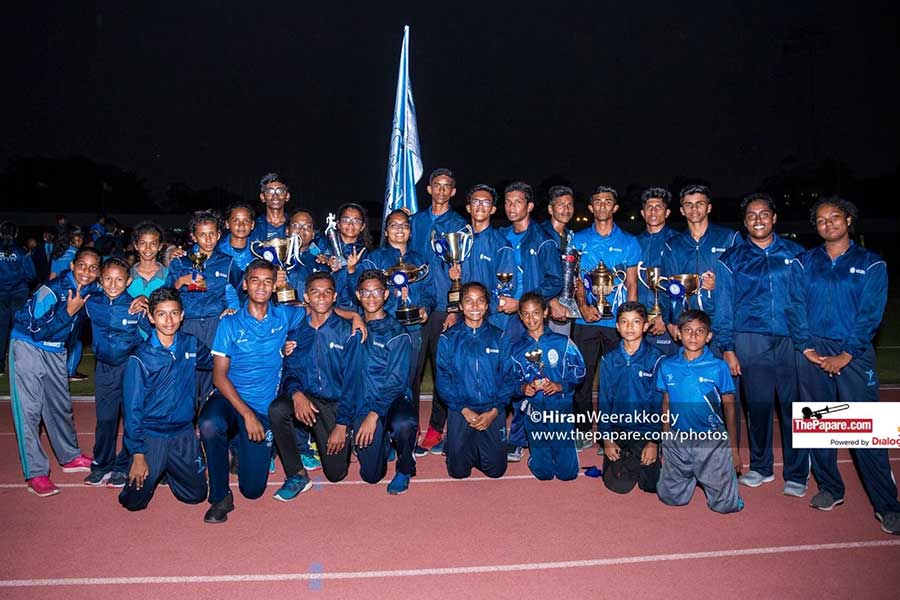 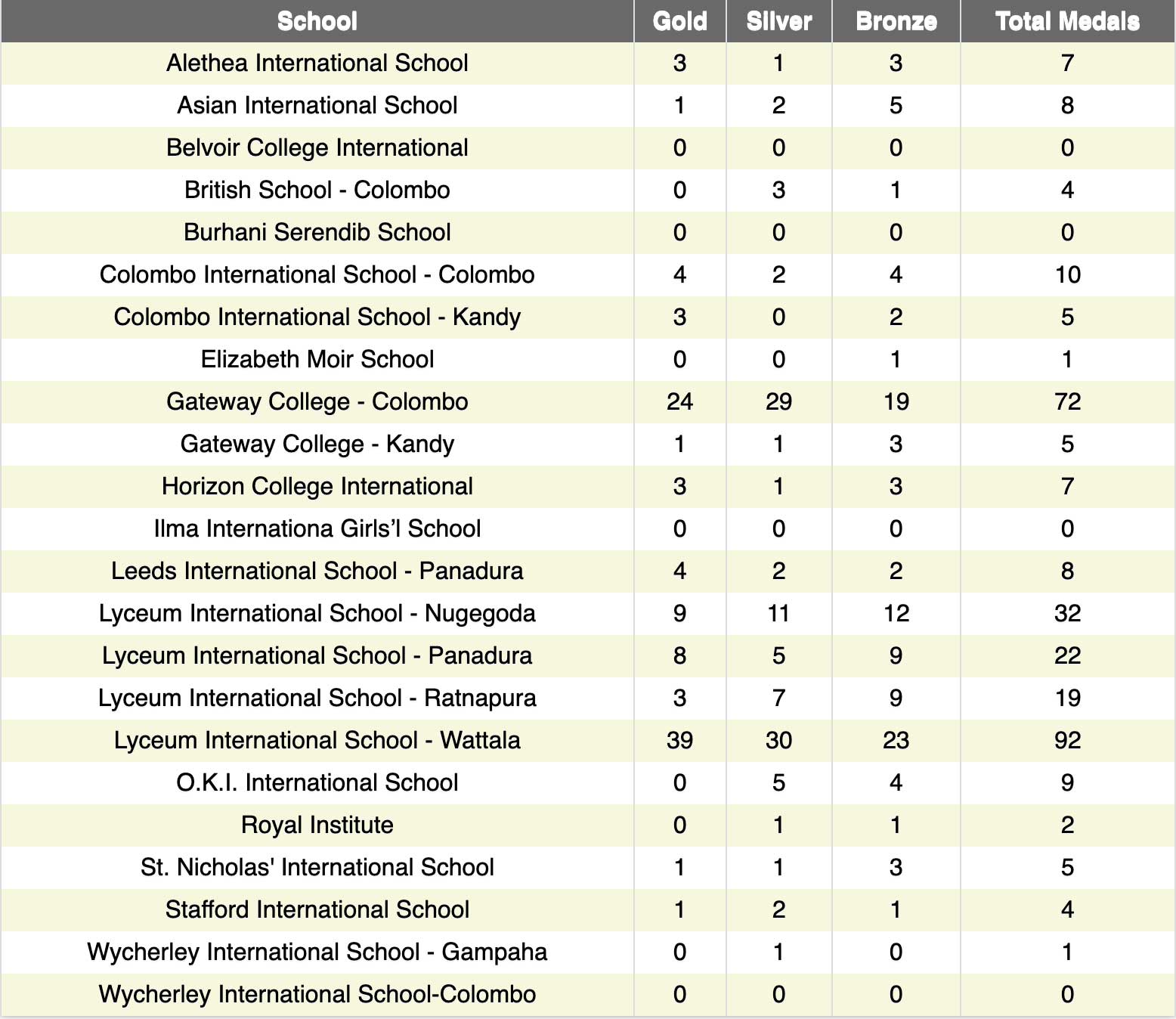