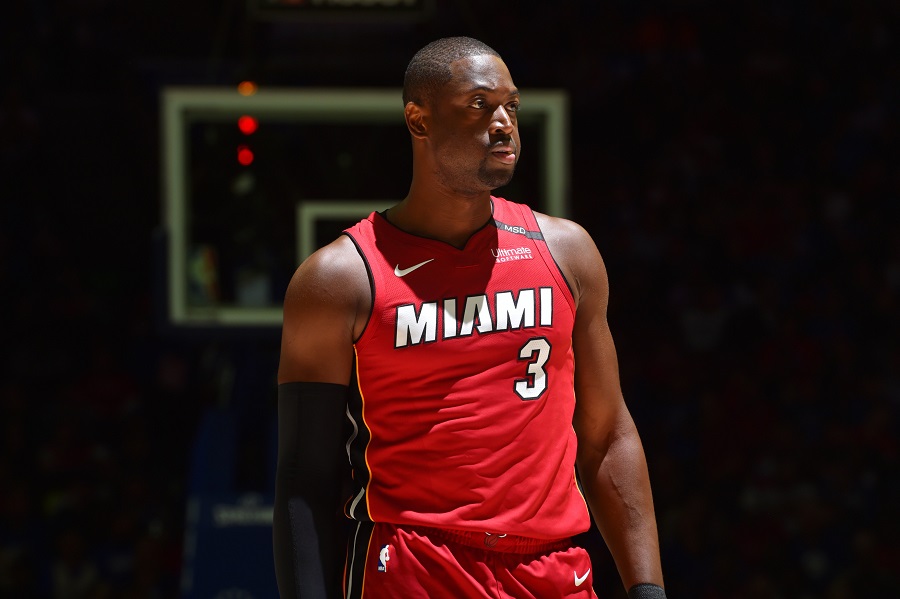 Out of the 16 teams that take the floor, denying the fact that the clash between Philadelphia 76ers and Miami Heat is already a nail biter is impossible.

3 games are already done and dusted with the Sixers securing two wins.

One of the most noteworthy facts about the games that were played so far is the physicality and the grit the players of each team bring to the floor.

As the regular season expired, the 76ers were the only team to be in fine fettle apart from the Houston Rockets, as they went on a 16-game winning streak. It can be deduced that the cogs in the offensive machine clicked and are still working well for the Sixers and are now paired with the defensive capabilities of the squad which was worth the second spot in the league’s defensive ratings list.

In the interim, the lack of playoffs experience of the squad leaves a gaping hole that can only be filled with time. And if Heat intend to advance to the conference semifinals, that’s the blind spot they should punch at persistently. Sixers’ offence is much better molded than the Heats’ thus outscoring the 76ers with feeble defense and minimal strategies isn’t an option.

Scores read 130-103 as the buzzer went off after game 1 with Sixers emerging victorious. The stat sheet numbers were preposterous and no wonder the Heat Head Coach, Erik Spoelstra was disappointed with the team’s performance.

Check out the video below for the game 1 highlights.

As the Heat was soundly beaten by the Sixers, game 2 was the moment for the White Hot Miami ballers to shine and it could be recapitulated in one sentence.

Is it just me or does @DwyaneWade have that “no non sense” look …. ?? #GetOutTheWay

The physicality and the energy that they came out with unsettled the Sixers and continuously making shots and maintaining a healthy lead resulted in Heat leveling the series at one win a piece. Sixers were confined to a meager 19.4% 3 point percentage which indeed was the game changer. With J.J. Redick, Marco Belinelli and Robert Covington patrolling the 3 point arc, it’s not an easy task to restrict outside shooting and close out the perimeter shots while running through the screens without leaving space for shots to be taken.

Keen attention to detail on Sixers plays boosted the Heat as 8 steals and 7 blocks were made and behind a 28 points (11-17FG), 7 rebounds, 3 assists and 2 blocks performance by Dwyane Wade, Miami Heat secured their first win in the series.

At the post-game interview, it was brought to light that Kevin Hart; the born and raised comedic rockstar from Philadelphia, talking trash to Wade from the sidelines was apparently an adrenaline booster, not a distraction from Wade’s point of view!

Things escalated as Hart responded and Wade simply had one reply.

Meanwhile it should also be mentioned that Joel Embiid being sidelined for the first 2 games helped the Heat in restricting the points in paint and dealing with one less offensive threat on the floor. Embiid who suffered an orbital bone fracture was not happy with being a mere spectator and in his own words he was “sick and tired of being babied” as the medical staff denied his requests to play. Nevertheless, Amir Johnson and Ersan Ilyasova, the versatile replacements for Embiid, cleaned both offensive and defensive glass with efficiency.

Amidst all the trash talk and backlash from each party, game 3 commenced and it seemed like intense gameplay wouldn’t subside anytime soon. With the return of Embiid into the starting 5, offence was on song from the beginning at both ends of the floor and the half time score read 64-63 with Heat leading by one point. It was the fourth quarter that created separation between the two squads as Sixers scored 32 points to which the reply by Heat was 14, with the final tally being 128-108. Embiid spurred on his squad with 23 points, 4 assists and 7 rebounds and 6 Sixers scored in double points for the second win of the series.

Apart from Embiid and the unstoppable freight train that is Ben Simmons, Dario Saric is having an amazing first round.

.@sixers F @dariosaric is the first @NBA player to post at least 20 points in each of his first three career playoff games since @AntDavis23 in 2015.
h/t @bball_ref

However, the top seat of the series is still up for grabs and it only seems sensible to favor Miami Heat. There’s no better teacher than experience and that they have it in gobs. And despite of failing twice so far, the intensity, energy and physicality shouldn’t change, if they are to stop the Sixers who are on a roll.

Later in the third quarter in game 3, the ‘body contact’ mentality got out of hand to which the Sixers Head Coach Brett Brown advised, “Don’t get obsessed with retaliating and keep pushing up and down court“. It apparently also proves that the cheat code for Heat to survive is being as physical as it’s allowed by the rules.

Once you unsettle the mindset and disrupt a smooth-running offensive motor in the Sixers squad, the ‘team plays’ that the Sixers run are bound to fail and Embiid’s name must be surely underlined in red in that list.

At the same time, restricting Simmons’s inside game will be a key concern. Every play that the Sixers run, starts with Simmons or the backup point guard (Markelle Fultz and T.J. McConnell) driving inside or kicking out a pass while drawing as many defenders as possible. It’ll be a herculean task to guard the 6’10” Ben Simmons but Heat surely possess the tools to do so.

Justise Winslow, Josh Richardson and Wayne Ellington have got the reach to cover Simmons’s range and diminishing the passing lanes will force turnovers which leads to fast break points that plays right into the wheelhouse of Spoelstra-influenced offence.

Constant pressure on the ball, putting bodies on big men, closing out shooters and most importantly ceaseless buckets with Goran Dragic, Hassan Whiteside, Tyler Johnson and Wayne Ellington finding their groove will do wonders for Miami. If they succeed in doing so, Sixers will have a tough time keeping up with it! Heat still have the chance to make it work and game 4 will surely be as good as it can ever get.

So that’s a wrap for this week’s playoffs recap. Keep in touch and until next week, keep balling!