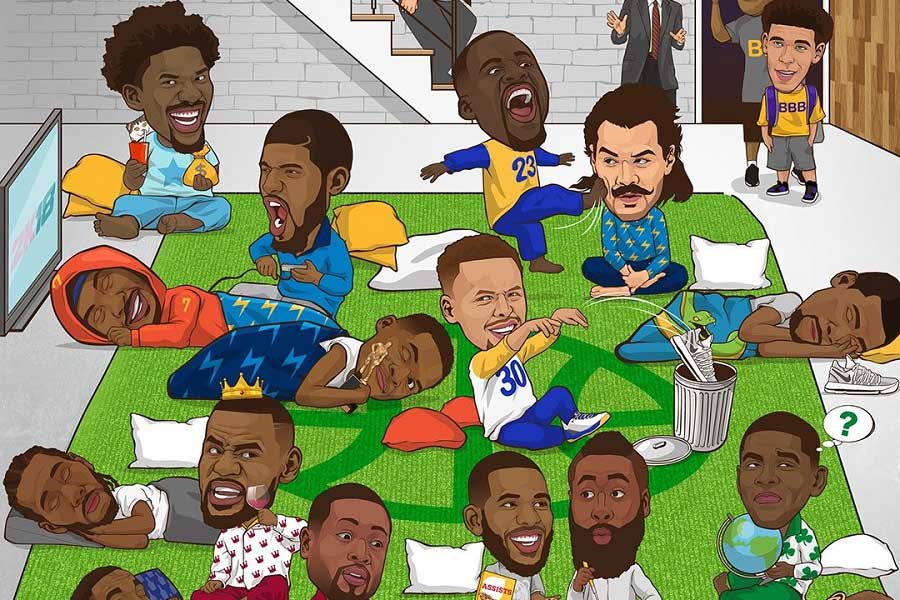 After eagerly waiting for months and months, the NBA regular season is back with a bang. Amidst many drastic roster and rule changes, it’s time to feast our eyes upon close game thrillers, buzzer beaters, thundering dunks and the revelation of pure basketball talent at its apex.

There were major trades that shocked many, and new power houses in both Eastern and Western conferences have emerged, while some have gone from strength to strength. Along with the trades, the tantalizing talent of the new draft picks has proven to be of so much value to many teams so far during the league as well.

Amidst many trades, 3 time all-star Jimmy Butler, along with the 16th overall draft pick being traded from Chicago Bulls to Minnesota Timberwolves in exchange for Zach Lavine, Kris Dunn and the 7th overall pick marked the emergence of a new power house in the Western Conference. The talented yet inexperienced Wolves now have a veteran player to guide them into a new championship contending era.

Later in July, the 3-time NBA sixth man of the year, Jamal Crawford joined the Wolves in order to strengthen the crumbling bench with their star players of the previous season being traded at the beginning of the off season.

Currently ranked 3rd in the Western Conference, the Timberwolves were on a 5-game winning streak which was snapped by the Golden State Warriors last Thursday. If the Wolves continue to play high intensity basketball, they are set to cause major upsets once the playoffs come.

The Houston Rockets, who added a few Olympians to their franchise in the off-season, pulled out a shocking deal by acquiring 9-time all-star Chris Paul (CP3) from the LA Clippers in exchange for Patrick Beverley, Lou Williams, Sam Dekker, Montrezl Harrell, Darrun Hilliard, DeAndre Liggins, Kyle Wiltjer, a protected first-round pick next year and cash considerations. The Rockets were also clawing after the Knicks superstar Carmelo Anthony but that didn’t end well.

Despite the absence of their top off-season acquisition; Chris Paul, due to a knee injury, the Rockets have sprinted out to a fast start with a 9-3 record as they even took down the reigning champions, the Golden State Warriors on opening night to spoil the ring ceremony.

Whilst many title contenders such as Boston and Cleveland were eyeing the ring-hunting Pacers leading scorer and 4-time all-star Paul George, Oklahoma City Thunder swooped in out of nowhere to get him to pair up with the reigning MVP of 2017, Russel Westbrook.

Later just a few months ago, OKC again became an epicenter for trade alerts by acquiring 10-time all-star, 3-time USA Basketball Male Athlete of the Year, Carmelo Anthony, in exchange for Enes Kanter, Doug McDermott and a 2018 second-round pick via the Bulls, forming a new big three dubbed ‘OK3’ in the Western Conference and thereby becoming a major contender for the upcoming championship.


The Cavaliers were again involved in discussions in bringing back “peanut butter and jelly” together according to the 3-time NBA champion, 12-time all-star Dwyane Wade, as he is now reunited with his buddy, LeBron James at Cleveland just a few days after Anthony was traded to Thunder.

Along with this year’s rookies, Ben Simmons, the 1st pick in 2016 NBA Draft, will be on court for the 1st time after a foot injury kept him out of his rookie season last year. 76ers are gifted with the 6′ 10″ baller who is immensely skilled thus allowing him to easily switch between forward and point guard positions according the team’s requirements.

Before the season commenced last year, Simmons was compared to LeBron James for the dazzling skills he had showcased for a big man during the Summer League 2016. Simmons is being eyed by many as he’s making a strong case to win the NBA Rookie of the Year award so here’s a clip of Simmons shaking and baking during the first 3 weeks of the season while setting records and guiding the 76ers to a 6-5 record.

It’s been 3 weeks since the beginning of the 2017-18 NBA season and there’s plenty more to come. That’s a wrap from us, until next week, keep balling.

NBA`s trade-offs in a single shot