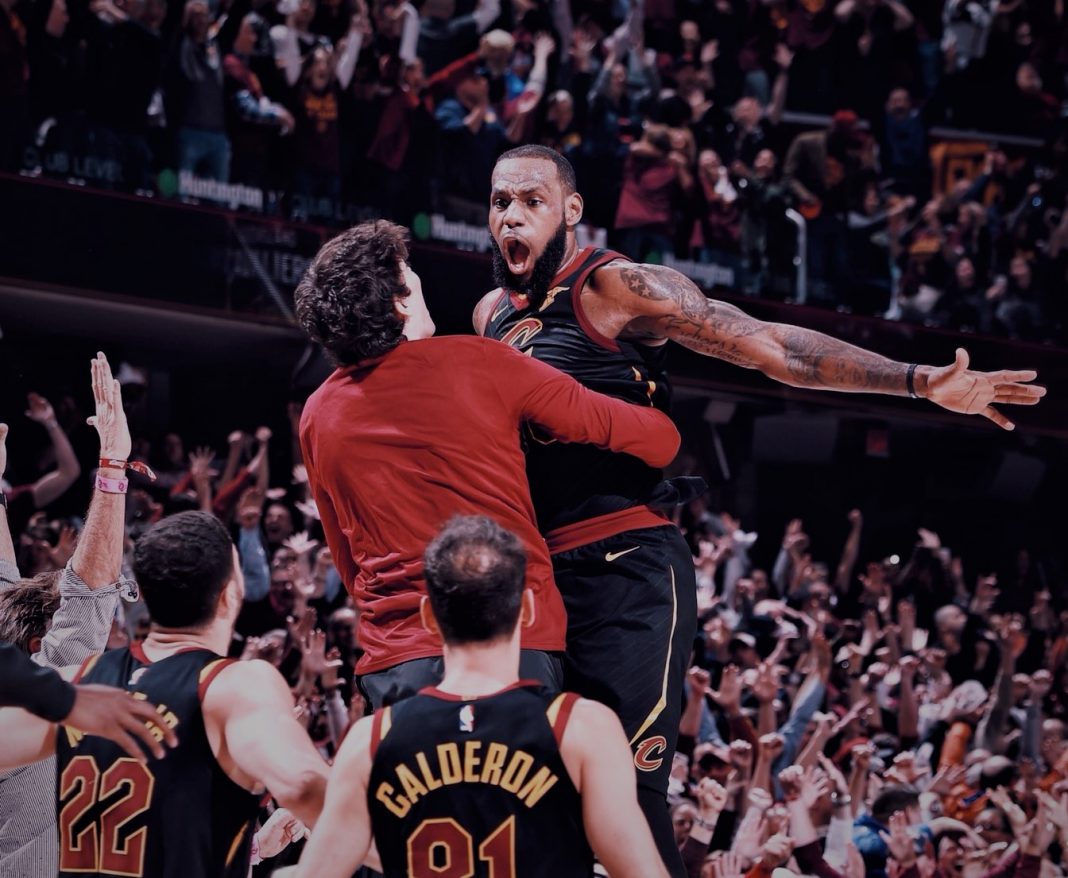 Basketball is no easy game ergo being an elite baller is an arduous task. For more than a decade, there’s a man from Akron, Ohio who has been dominating the sport. LeBron Raymone James is his name.

There are times where I legitimately don’t understand how LeBron James is even possible.

For 15 seasons, James has been the face of the league while being hailed by some as the greatest of all time. The counter-argument that’s provided by many is that Jordan has more championships and that he has the killer instinct that isn’t in the genes of LeBron. While seeking championships through 8 trips to the NBA finals, King James has now evolved into a baller unlike any other and with numerous flabbergasting clutch plays, he has proven that the “LeBron isn’t clutch” statement isn’t true anymore. It’s about time that we rummage through the history of LeBron’s career to make our minds up on which side of the argument we take.

From #TheJump: We take a lot for granted when it comes to LeBron James but those playoff gamewinners never get old. Here’s a little trip down memory lane, plus the revelation that the sum of all these parts actually give LeBron better clutch numbers than (*ducks*) Michael Jordan. pic.twitter.com/nytK49mpNv

There’s no better way to recap the game winners James has made than the above clip. Since his rookie season, LeBron has perplexed the NBA fandom with the skill set that he possesses and game winners aren’t a peculiar accomplishment by him. The reason for the comparison between Jordan’s and James’s killer instinct is the buzzer beater that LeBron knocked down in game 5 of the first-round playoffs against Indiana Pacers a few days ago.

The All-Star point guard Oladipo led Pacers are turning quite a number of heads in the first-round series against the Cavaliers and game 5 was a nail biter. The scores were tied at 95 with 3 seconds remaining in the clock in the fourth quarter. Jeff Green inbounded the ball to James and boy didn’t he make sure he’s worthy of the title of “The King”.

With that mind boggling go ahead 3-point jumper, LeBron now has 4 game winners in the playoffs with only 5 seconds remaining in the fourth quarter or overtime while Michael Jordan only has 3. Hold your horses if you are about to ask if MJ has a better shooting percentage than LeBron, because he doesn’t.

While LeBron’s stats read 6-13FG with a 46% field goal percentage as far as the buzzer beaters are concerned, Jordan is 45% shooter with 5-11FG attempts. Though the stats aren’t too different, James has proven his capabilities in numbers.

Being clutch is undoubtedly a sharp arrow in a baller’s quiver. Nevertheless, it shouldn’t diminish an illustrious career that is of the type of LeBron James’s.

In his 15th season, LeBron averages 27.5 points, 8.6 rebounds, 9.1 assists with rebounds and assists being career highs. While shattering a number of records whenever James steps on the floor, he has cemented a legacy as one of the greatest while facilitating his teammates around him and molding them into better players.

.@KingJames says “I never go into a game figuring I have to dominate in scoring..facilitating is also a way to dominate a game”

Jordan and James being the epicenter of the greatest of all time discussion is a never-ending saga. Many of us in this generation were unfortunate not to see Jordan dominating the floor but we are more than blessed to witness one great baller striving for greatness in James.

There’s no better inspiration than LeBron James either. Stepping on to the floor every night to do whatever it takes to win while working constantly on ways to improve is nothing but a quality of a person who is on a mission to succeed.

James is currently averaging 32.7 points, 10.3 rebounds, 7.8 assists and 1.2 blocks per game in this year’s playoffs. Despite the Cavs going through a tough period, James has propelled them to a game 7 against the Pacers which will be held tomorrow. Doesn’t matter how critical the situation is going to be, James showing up in big ways is already guaranteed.

So that’s a wrap for this week! Until next week keep balling!