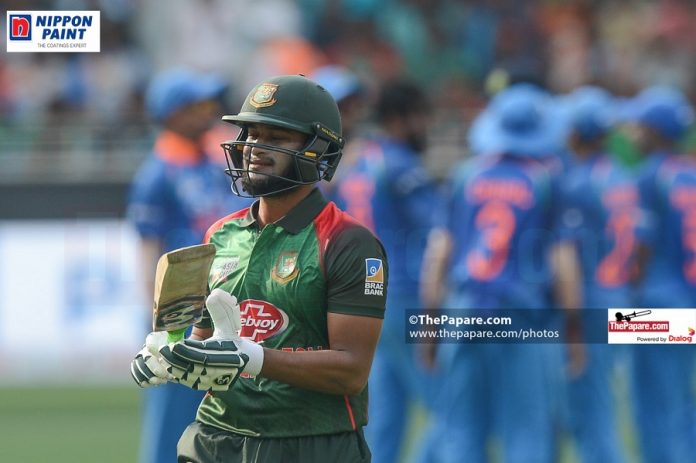 Bangladesh will be without Shakib Al Hasan, their star all-rounder, for the final of the Asia Cup 2018 against India.

Shakib, the No.1-ranked all-rounder in Tests and one-day internationals, also missed the virtual semi-final against Pakistan, which Bangladesh won by 37 runs. He has seen an injury to his left little finger, which he picked up in January this year, flare up.

Bangladesh are already without Tamim Iqbal because of a left-hand fracture sustained in the first game.

According to Bangladesh Cricket Board [BCB] officials, Hasan will be out of action for four to six weeks, ruling him out of the Zimbabwe series as well. He is likely to have surgery in New York or Melbourne soon. Khaled Mahmud, the team manager, told presspersons that he had been unable to hold his bat owing to the pain.

“The pain had increased over the last few days and the physio tried his best to get him on the field, but the pain was too much,” added Akram Khan, BCB Cricket Operations Chairman. “I would like to thank Shakib for playing [the first four matches] with the pain he had.”

Hasan’s participation in the Asia Cup had been in doubt, with the all-rounder suggesting after a fruitful tour of the West Indies that he needed surgery. However, the board had been keen to have him play in the Asia Cup. But, with scores of 0, 17, 32 and 0 in the first four matches of the tournament, he evidently struggled.

Meanwhile, Iqbal was set to fly to London to know if surgery is required. His participation in the Zimbabwe series too is in doubt.