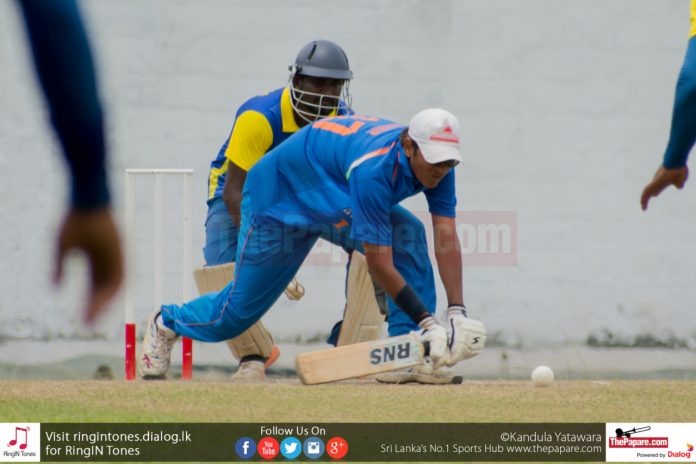 Indian skipper R Ajaykumar won the toss and asked the visitors to bat first. Sri Lankan batsmen struggled to face the Indian bowlers from the beginning. As a result they were bundled out for 137 runs in 19.5 overs which includes 30 extras from the Indian bowlers. C. Despriya top scored with 21 runs. For the home side, last match hero and the skipper Ajay stood up with the ball, picking up 2 wickets for 23 runs.

England secured an unassailable 3-0 lead in the five-match series beating Sri Lanka by 18 runs according to the Duckworth….

Chasing a modest total, India lost one of their opener R. Singh for 8 runs at the start. The Sri Lankan bowlers attacked and tried to contain the batsmen assisted by some decent fielding, as they effected 3 run-outs in the match. The Indian batsmen achieved the target with 2 overs to spare. S. Ramesh and Ajaykumar guided the team till the end with 54 & 25 runs respectively. Indian  captain Ajaykumar was elected as the Man of the Match for his all-round performance.