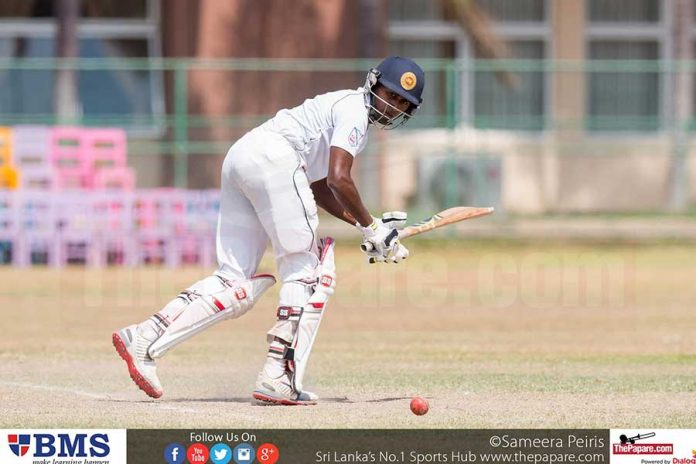 India A managed to take a slight edge at the end of the 2nd day of the 2nd unofficial 4-day match of the series between Sri Lanka A and India A at the KSCA Stadium, Hubli.

Sri Lanka A were 87-4 at the stumps of day 01 in reply to the host’s 269 in the first innings which was anchored by an excellent century from Srikar Bharat.

National discard Niroshan Dickwella and middle order batsman Priyamal Perera were the ones to face the wrath of India A pacers up in the morning but managed to remain unscathed.

But the wicket keeper batsman could only make 39 at almost a run-a-ball before being caught by Anmolpreet Singh off Ishan Porel’s bowling.

Priyamal Perera couldn’t add much to his tally today either, as he was too dismissed for 36, leaving Sri Lanka in deep trouble, still trailing by 136 runs with only 4 wickets in hand.

All-rounder Kamindu Mendis made a crucial contribution, reducing the deficit with his masterful stroke play to score a half century with 11 boundaries.

Mendis did a grand job, guiding Sri Lanka to 212 with the help of Lakshan Sandakan and Vishwa Fernando who managed to hang around for a combined 76 balls.

Sri Lanka A completed their first innings with a 57-run disadvantage but will take a lot of heart with this performance as they reached much closer to India’s total than the first encounter between the two teams.

Kumara, Sandakan roll India A for 269

For the second innings, India A didn’t start as they would have liked due to two early charges by left arm pacer Vishwa Fernando, but they recovered well to be on 216 for 6 at the stumps on day 02.

Lakshan Sandakan who picked up four scalps in the first innings, impressed again with two wickets while Malinda Pushpakumara and Mendis contributed with one each.

Stay logged onto ThePapare.com to get the latest updates, scores and reports on all the matches of Sri Lanka A tour of India.