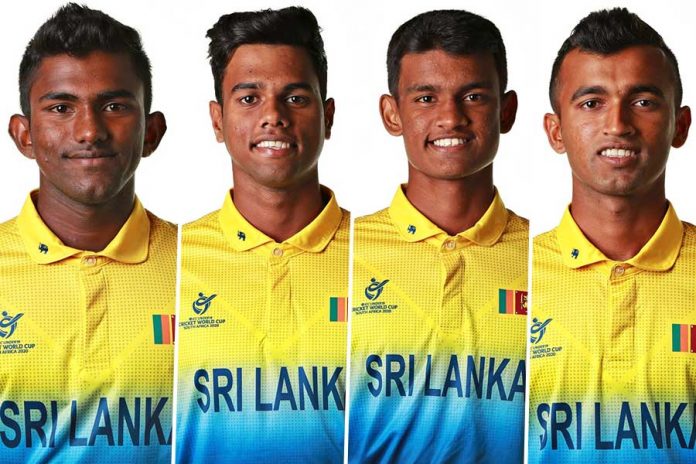 The Sri Lanka U19 and South African U19 teams met today (12th January) at Braamfischer Oval, Soweto for their first warm-up match of ICC U19 World Cup which was officially commenced on 17th January 2020. The host team fell short of 15 runs from the target; 198, Lankans set in the first innings.

Sri Lanka U19 skipper Nipun Dhananjaya (St Joseph Vaz College) won the toss and did not hesitate to bat first at Braamfischer Oval. The Lankan opening batsmen and wicket-keeper Kamil Mishara (Royal College) couldn’t stay long in the middle as he nicked one behind to keeper Luke Beaufort off right-arm pacer Gerald Coetzee’s bowling adding only 1 to the scorecard.

Mishara’s partner Navod Paranavithana (Mahinda College) was the star of the 1st innings as he made batting seem effortless with his immaculate strokes while wickets continued to tumble from opposite end. Paranavithana struck 12 boundaries and 1 six on his way to a brilliant 64-ball 68 bolstering Sri Lanka’s total to a respectable position.

Some well-known stars of the game for Sri Lanka & a few unknown names who vanished into thin air after promising so much in junior level!

None of the SL captains have lifted the coveted U19 Cricket World Cup trophy before! Will Nipun Dananjaya become the first?@ThePapareSports pic.twitter.com/dT3QhDlJU7

Apart from Paranavithana, Ahan wickramasinghe was the only other batsmen who succeed in challenging the South African bowlers as he made a busy 34 guiding the total to 197. Kavindu Nadeeshan (Dharmasoka College) also made a valuable contribution with a knock of 22 runs as the 11th man.

In reply, the South Africans cruised at one stage thanks to the opener Jonathan Bird’s run-a-ball 71 but the boys in blue pulled back the scoring rate, taking wickets at regular intervals. Sri Lanka spinners did a great job as the South Africans were reduced to 9-158 after placing themselves on 3-99 during the 21st over.

There was a worrying time when the last wicket partnership kept creeping past the ’20s as the South Africans were close to winning with only 16 runs left. However, the brilliance of Ashain Daniel (St Joseph’s College) on the field produced a runout to wrap the host’s innings on 182.

Richmondite Amshi de Silva came later on in the innings, with 2 wickets in one over to end the match at 2/30 in his 7 overs.

The Sri Lankan U19 team will meet Pakistan on 14th January at Irene County Club, Pretoria for their next warm-up match. Keep logged on to ThePapare.com for all the live updates, scorecards, match reports and information on this tournament.