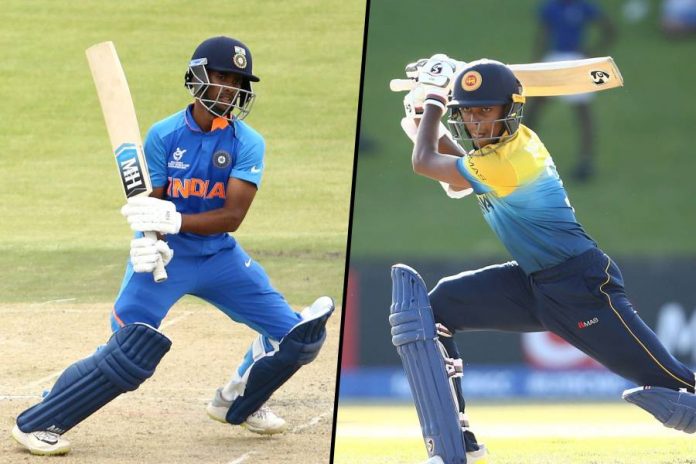 Sri Lanka U19s participated in their first match of the ICC U19 World Cup 2020 today (19th January) at Bloemfontein and failed to register a win, going down by 90 runs against tournament favorites India.

Sri Lanka skipper Nipun Dhananjaya won the toss and invited Priyam Garg’s team to have a crack at the pitch and that’s exactly what the Indians did.

From beginning to end, the Indian youngsters paced the innings so well they almost carried the team over 300. IPL millionaire Yashashvi Jaiswal laid the foundation for a huge score with a glorious half-century while skipper Garg also mustered half-century in the first match.

The Sri Lankan death bowling looked clueless as the Indian U19s stole 98 runs in the last 10 overs from Sri Lanka.

Skipper Nipun Dhananjaya was the sole batsman to reach 50-mark in Sri Lanka’s 207 during the reply innings. The Sri Lanka captain was on his way to the target as he balanced the required run rate.

Ravindu Rashanstha also played well as he missed a half-century by 1 run.

Ultimately, the Indians were too good for Sri Lanka as the islanders were dismissed for 207 inside 46 overs, to hand India U19s a comfortable victory in their title defense.

Sri Lanka U19s will play their 2nd match in the ICC U19 World Cup against New Zealand on 22nd January at the same venue and that fixture will be vital for Sri Lanka to qualify for the knockout stages.