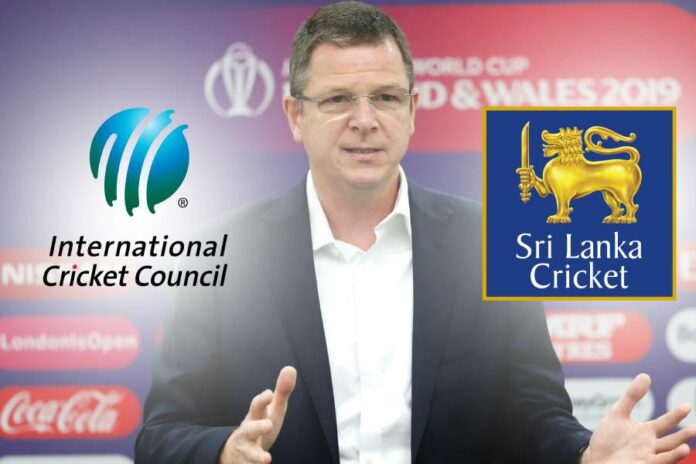 International Cricket Council’s General Manager of the Anti-Corruption Unit, Alex Marshall shared some insights into the fight against corruption in cricket during an interview with some Sri Lankan journalists covering the ICC Men’s T20 World Cup 2021 in the UAE.

Below are some of the excerpts from the interview.

How do you identify corruption in cricket?

“Our effort is to keep the corruptors away. One of the ways to do it is to find out how corruptors work. If they’re going to approach you, how are they going to do it, what are your weaknesses, what would you do in social media, would you like to go to nightclubs, would you like to go to a casino, will 10,000 USD work, or 30,000 USD work. They need to understand within cricket what to look after. The most common way is that they get a strange social media exchange, which goes like I would like to sponsor your bat or we are having an event and you can come along or there is a franchise tournament coming along why don’t you come to Dubai and meet the owners. In Sri Lanka, players are very good at spotting and understanding how the corruptors are likely to get at you. Actually, in Sri Lanka, it has been the people around the players who have the opportunity to get to them, who the corruptors have generally gone for.”

Is Sri Lanka the most corrupt country in cricket or has it improved?

“There is a big improvement. At one point it was 22 live cases. All I ever said was that it is the highest number of investigations among all the cricket nations. I never said that Sri Lanka is the most corrupt. I never ever said that. But that has tumbled. Sri Lanka is not the leading number of investigations by a long way. We have seen a significant difference, as we have got through all those cases. Players have got better and better at reporting any sort of suspicions.”

What are the efforts taken to clean up the game?

“If we take Sri Lanka as a start, they brought in legislation to make match-fixing a crime. Top effort. First place in the sub-continent to bring in that legislation. I think that message has gone across to most people. Anyone who is trying to ignore that legislation, can go to prison. That is very important. This is not just something where you can play badly in a cricket match and might make some money. Now you can do that and you can go to prison. In England, people have gone to prison for fixing cricket matches. In 2010 there was a case. Last year, there was a case. It was a PSL case in the UAE. But some of the people were from the UK. So they were sent to prison from Manchester crown court. In Sri Lanka, we have seen a shift, it is regarded as a serious thing with the Police getting involved and the government getting involved. The government has taken it seriously. My view is that the playing group is switched on. The playing group is a good group. If someone tells them to play badly, they tell us. They have been coming along to the tribunal and giving evidence. Which is what they are supposed to do. But I am sure you will across the world of cricket, people are quite scared of doing it. They don’t like doing it. But in Sri Lanka players have started doing it.”

What assistance have you given the Sports Ministry’s Special Investigation Unit?

“So we have done training with them. We have sent two people to Sri Lanka to work with them. My chief investigator and another investigator spend a few days training them. We shared with them how we approach it. Because they don’t come from a sports corruption background. They come from a police background. We come from Police background as well but we have been doing corruption in sport for a decent number of years. We have been working with them. Where we lost was because of COVID. We spent less time working with them than what we wanted. As soon as we can travel, we will be in Sri Lanka more often.”

How do the corruptors target the grass-roots levels?

“During COVID, the only cricket that was being played was club cricket in Europe; Italy, Germany, Czech Republic, Cyprus, and Finland I think. There are not cricket-playing countries. The corruptors targeted the players in those club matches because they were being streamed and betting markets had been opened on them. Because we have got a good picture now as to who is trying to corrupt cricket around the world it is likely we have driven them away from a lot of international cricket and they look for the next opportunity. As soon as it is streamed and someone opens a betting market, someone looks for an opportunity. If the betting is tiny it is not worth it. In Europe, they were offering players 3000 Euros because they are refugee seekers and the recent arrivals in the country. They don’t have money and they come from countries where cricket is played. You might realize that 3000 Euros for some of those people is a lot of money. It really works for corruptors to win say 15,000 Euros in the betting market. In Sri Lanka, it is important that the local anti-corruption teams are being educated and the message gets across. If those games are streamed, as soon as a betting market is open, corruptors will try to get young players. 3000 USD for someone if they are coming from a poor family is a lot of money. Corruptors are going lower and lower.”

How does naming someone happen by the ICC?

“We name someone when someone is charged. We have investigated certain individuals in Sri Lanka for two years but we don’t mention the name to anyone. We don’t even tell the Sri Lankan Board. When we complete an investigation, I might say that that’s all the evidence we have gathered. Looks like they may be involved with something but I don’t have enough to recommend charges or I have lots of evidence where we send a report to our lawyers saying I recommend that a person is charged for breaching the code. If the general counsel agrees and he consults with other people, we send them a letter saying that we believe you have breached the code in these five places. You can now go to a tribunal or you can accept and agree to a sanction, that’s the first time we ever publicize that person’s name. Then we tell the whole story when the tribunal is finished or we reach a point where a sanction has been agreed. Then we publish on our website. Sometimes they tell someone and it gets out in the media. But we can’t control that. But we never tell anyone.”

How is the help from the member boards to keep the game clean?

“The boards that are better off have the biggest and strongest anti-corruption. So Australia, England, and India have pretty big anti-corruption departments. Sri Lanka has two people. Zimbabwe has one, part-time. We have a good relationship with them all. Pakistan actually has a good anti-corruption unit. It is variable across the world. It’s about what they can afford to spend on having people working in those roles. So we have good relationships but in one place we have 12 people and in another place, there’s half a person. If you look at where the corruptors are approaching people there might be the opposite of where the resources are.”