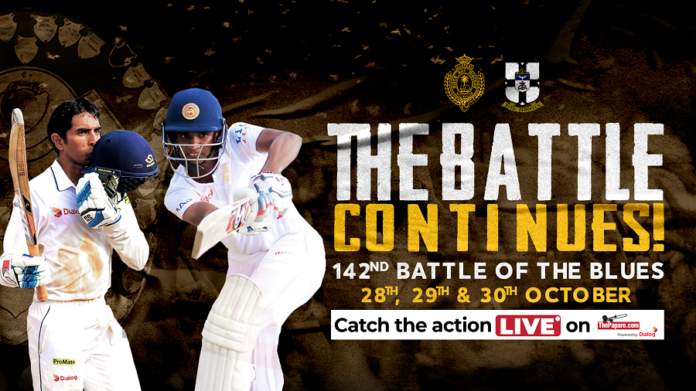 The 142nd Royal-Thomian annual cricket encounter will be played from the 28th to 30th of October 2021.

After several postponements due to the COVID-19 pandemic, the Battle of the Blues for the year 2021 is finally set to unfold behind closed doors at the Sinhalese Sports Club.

The match will be streamed LIVE on ThePapare.com platforms.

At present the shield is at Mount Lavinia as Sithara Hapuhinna’s S. Thomas’ won the 3-day big match in 2019, the last time the game produced a result.

Royal College had a tremendous season, finishing the schools two-day tournament as runners up. The Thomians though had a forgettable season as they were knocked out of the tournament in the first round.

Nevertheless, both these prestigious schools have never failed to put up a fiercely competitive show come the Royal-Thomian.

The Battle of the Blues is the world’s 2nd longest standing uninterrupted schools annual cricket encounter, having staged its first game in 1879 at the Galle Face Green.

Keep it logged on to ThePapare.com for all updates, news and other content on this prestigious encounter.