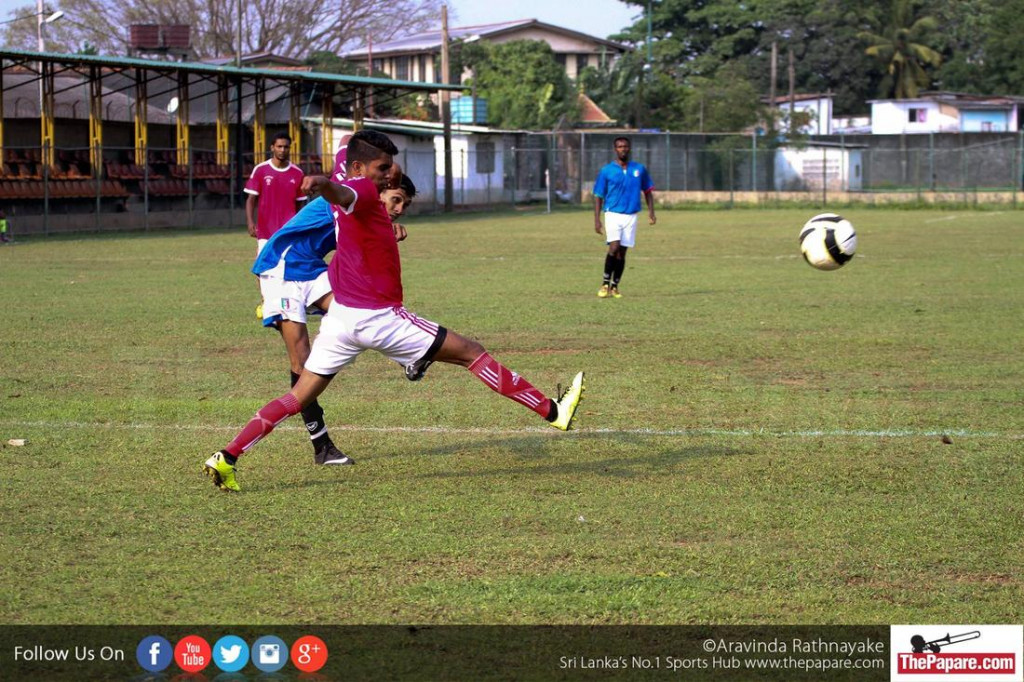 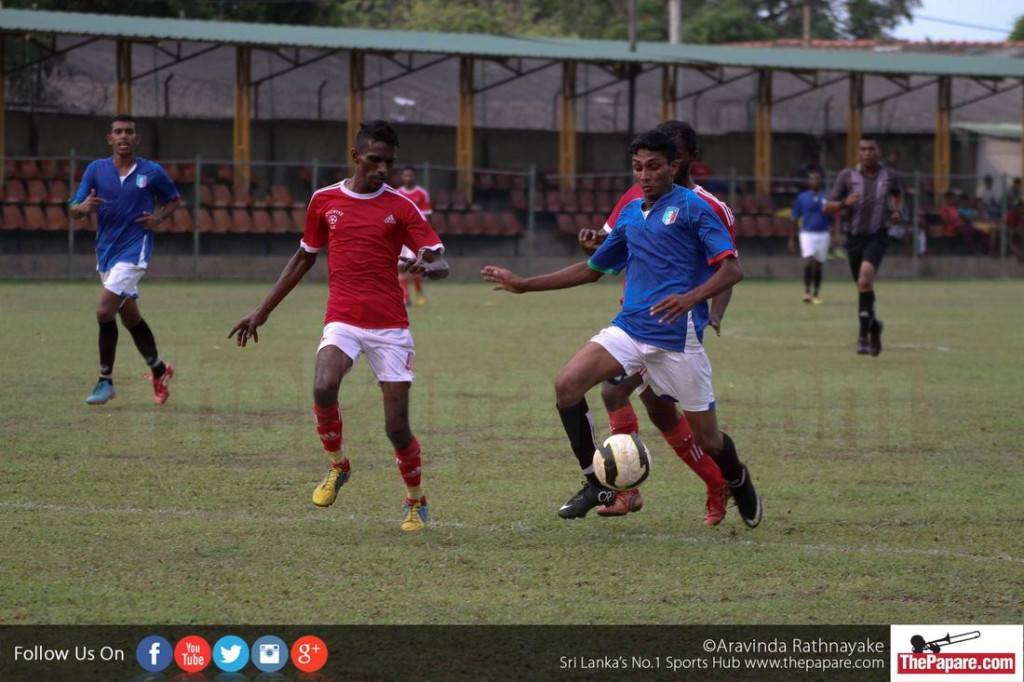 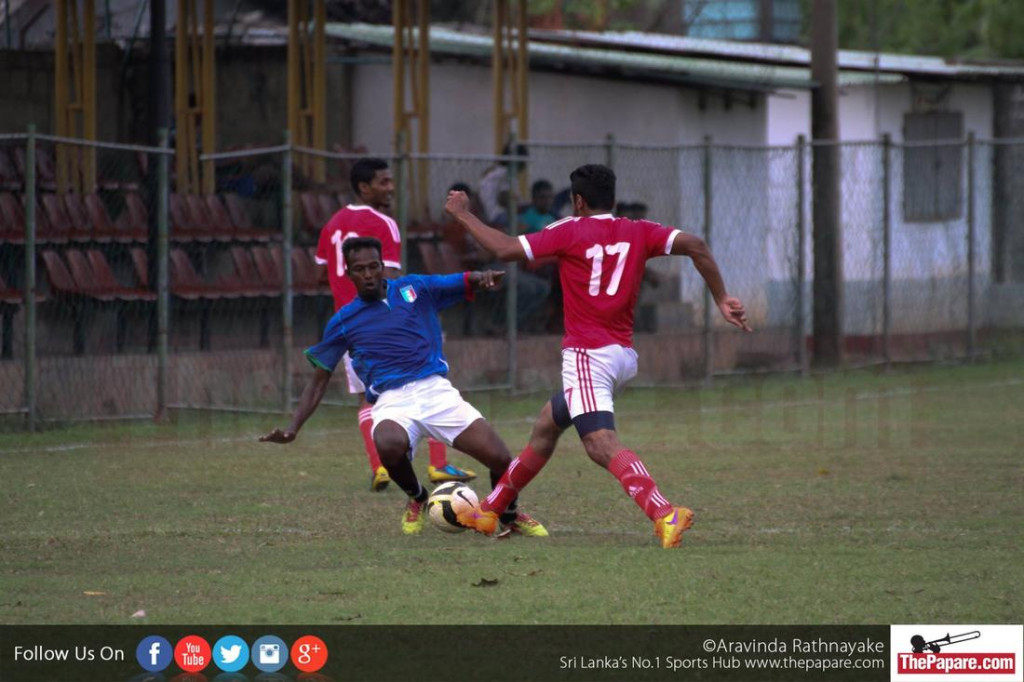 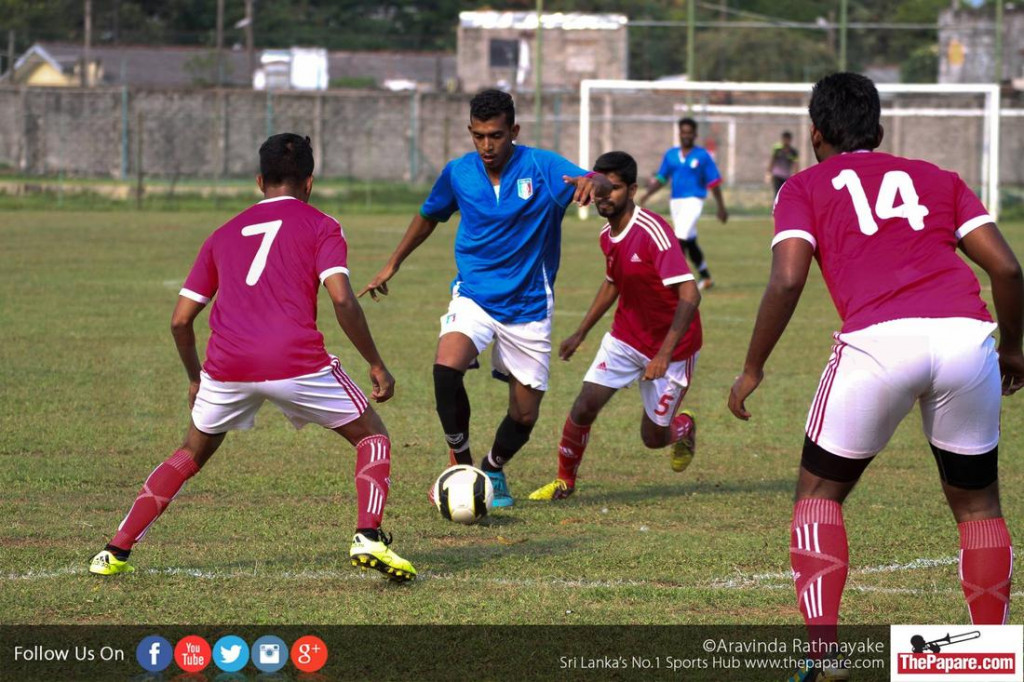 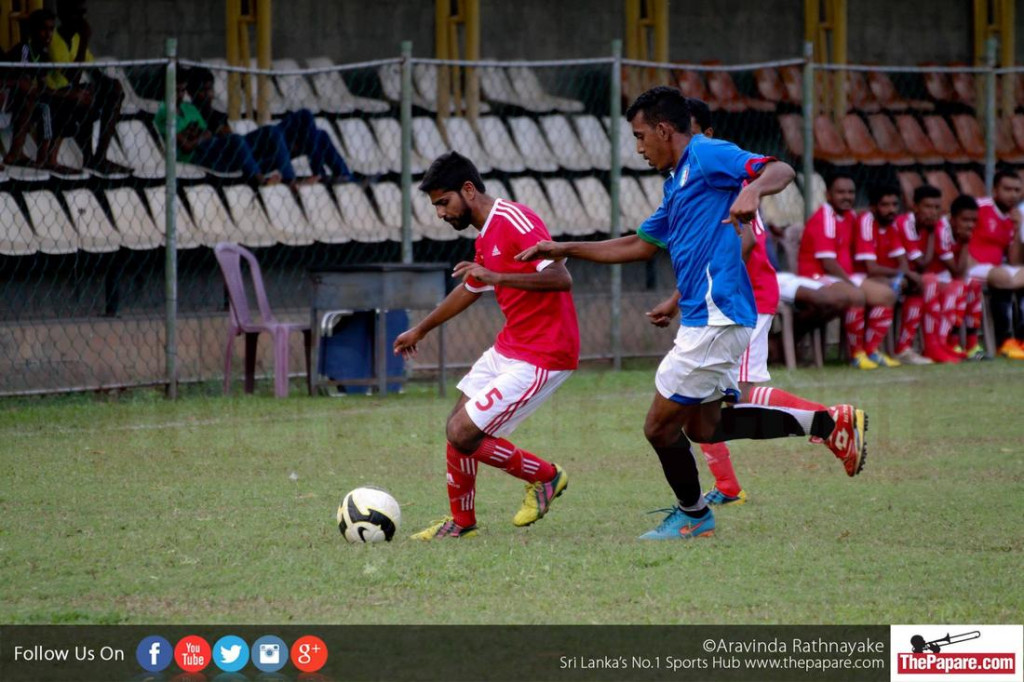 The Senior Inter League match was dominated by the Colombo League lads in blue in the early exchanges.

With an overriding share of possession and shots on and off target Colombo League stamped their authority on the game, as the Play Ground FL in red suffered with inconsistent passing and a number of offside calls which cost them valuable opportunities to make early inroads.

Colombo FL had the best of the first half chances as the Play Ground FL was still struggling to find their feet.

Mohamed Safan was by far the star of the half calling the plays for Colombo League FL along with his comrades in midfield, the play maker created the best of chances as the blue dominance increased throughout the half.

The solitary goal of the half finally came for the Colombo League as the midfield and forward duo of Mohamed Musharaf and Abdul Cader combined in a slick move which saw the number nine steering the ball past the advancing keeper to put the host in front.

As the first half whistle was blown it was fair to say that it was half dominated by Colombo League’s creativity and Play Ground FL’s inconsistency and poor defense.

After a disappointing show in the first half the team in Red showed more intent in the second, as they tried to use the ball more in their opponents half to draw level.

It was hard to breach the Colombo League defense led by Mohamed Rawshan who was wall in terms of keeping Play Ground FL out during few first half as well the best part of the second.

The game seemed to be settling into a one nil slender win for Colombo League, as chances became few and farfetched as fatigue came in to play in a physically demanding game.

Yet the turning point of the game came in the seventy second minute as the man who commanded the defense for Colombo League picked up an injury and was substituted.

The Blue wall of defense seemed to unsettle with his departure as Play Ground FL started creating more and more chances with the blue dominance fading away.

The consistent pressure paid off as Play Ground FL equalized in the eighty sixth minute through Mohomed Shafeen who put away a lovely through ball from Mohamed Rifkhan.

Play Ground FL had one more significant opportunity to steal the game as Mohamed Fazil missed an open net from point blank range during final few minutes of the half.

As the final whistle blew the spoils were shared, however an incident off field between a match official and the Colombo League FL trainer who were in dispute over stoppage time, over shadowed an admirable game of football.