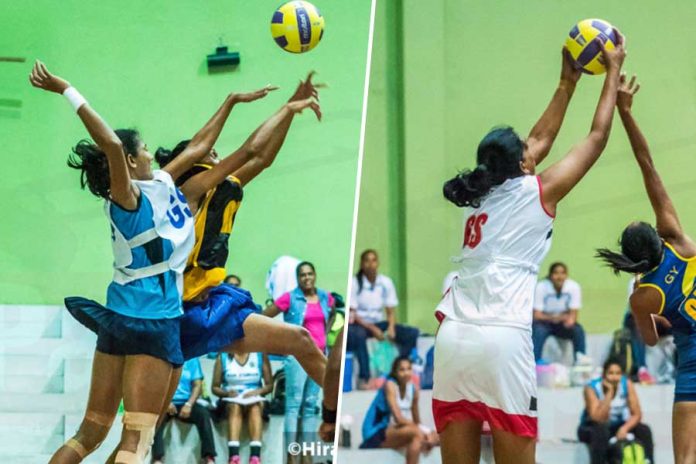 Hatton National Bank (HNB) secured their 2nd win and with it a place in the final while Seylan Bank stunned Army with a winner in the final seconds on day 2 of Round 2 in the Dialog National Netball Championship 2018 at the Sports Ministry Indoor Stadium, Bandaragama.

HNB defeated a tough Air Force SC 51-41 in the 1st match of the day. However, it was Air Force who took an early 6-2 lead and traded points to end the 1st quarter leading by five, 8-13.

HNB responded well in the 2nd quarter scoring the first three points and by the midway mark they had equalized. Both teams went into the break 21-21 with HNB out-scoring Air Force 13-8 in the quarter.

Air Force made a tactical switch in changing Chathurangi Jayasooriya from GK to GS which completely back-fired on them. It left their defence without the experienced Sri Lanka skipper as HNB dominated the latter stages of the 3rd quarter going on a 5-1 run to take a 35-27 (14-6) lead into the final 15 minutes.

Seylan Bank scored with the last shot of the match to secure a thrilling come from behind 71-70 win in the 2nd match of the day. With Sri Lanka’s top two shooters on either side, Tharjini Sivalingam for Seylan and Thishala Algama for Army, the game proved to be a match between the two attacks.

Army started off aggressively and at one time were leading 5-14 but thereafter Seylan did not let the gap swell even more as they ended the 1st quarter 15-23.

Seylan started off well in the 2nd quarter going on a 5-2 run. Army then responded with a 0-5 run of their own and led 21-32 at point. However, a late charge by Seylan saw them crawl back as both sides went into half time 33-41, with both sides scoring 18 points in the quarter.

Seylan continued their momentum with renewed energy to bring the deficit down to 4-points early in the 3rd quarter out scoring Army 8-4. They would come close to within two or three points but Army, with pressure rising, kept them at bay going into the final quarter leading 51-55 (18-14).

This set up an intense 4th quarter with Seylan equalizing on a 12-8 run midway through. Army again battled to a two-goal lead. Seylan, cheered on by the neutrals, scored 7 to Army’s 2 in the final few minutes with Tharjini securing victory with the winner in almost the last second of play.

However, there were some questionable umpiring with both sides venting their frustration, especially Army. After the match Army’s coach Hyacinth let her feelings known to the umpires and the organizers.

Tharjini Sivalingam scored all 71-points for Seylan with 100% shooting while Thishala Algama scored 68 from 68 attempts.