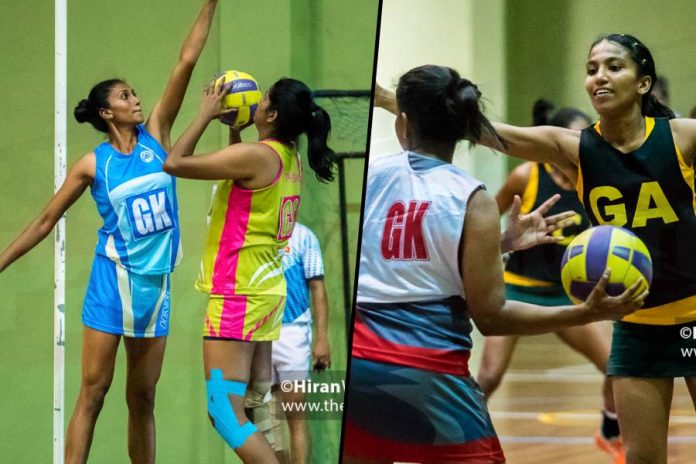 HNB defeated favourites Army SC 55-41 in the 1st match of the day. HNB took an early 4-2 lead and traded points before adding another two to the lead to finish the 1st quarter 13-9.

Army responded well in the 2nd, equalizing mid-way through the quarter and even though they outscored HNB 12-15, HNB led by a point going into half time (25-24).

After half time HNB upped their defence with Sri Lanka cap Gayani Dissanayake dominating her former Sri Lanka and school teammate Thishala Algama shutting down the Army offense. A game which was evenly balanced swung in HNB’s favour as they ended the 3rd quarter on a 10-1 run giving them a 43-33 lead.

There was no comeback for Army, with HNB riding their momentum winning the 4th quarter 12-8 as the final match score read 55-41. For HNB, Darshika Abeywickrama, Sri Lanka vice-captain, scored 47 points from 50 shots while Thishala Algama scored 40 for Army.

Air Force SC comfortably defeated Seylan Bank 64-40 in the 2nd match of the day. Air Force led 12-6 half way into the opening quarter but Seylan Bank, driven by the indomitable Tharjini Sivalingam, closed out the quarter on strong 4-9 run to bring the lead down to 16-15.

However, Seylan was not able to maintain their composure as mistakes in the middle of the court dried out the services for Tharjini resulting in Air Force taking a 32-21 (16-6) lead at half time.

It was more of the same in the 3rd and 4th quarters as Air Force won 17-9 and 15-10 respectively. Dulanga Dhananji scored 50 points from 54 attempts and Rashmi Diwyanjalie added 14 from 16 for Air Force while Tharjini scored all Seylan’s points from 41 attempts.