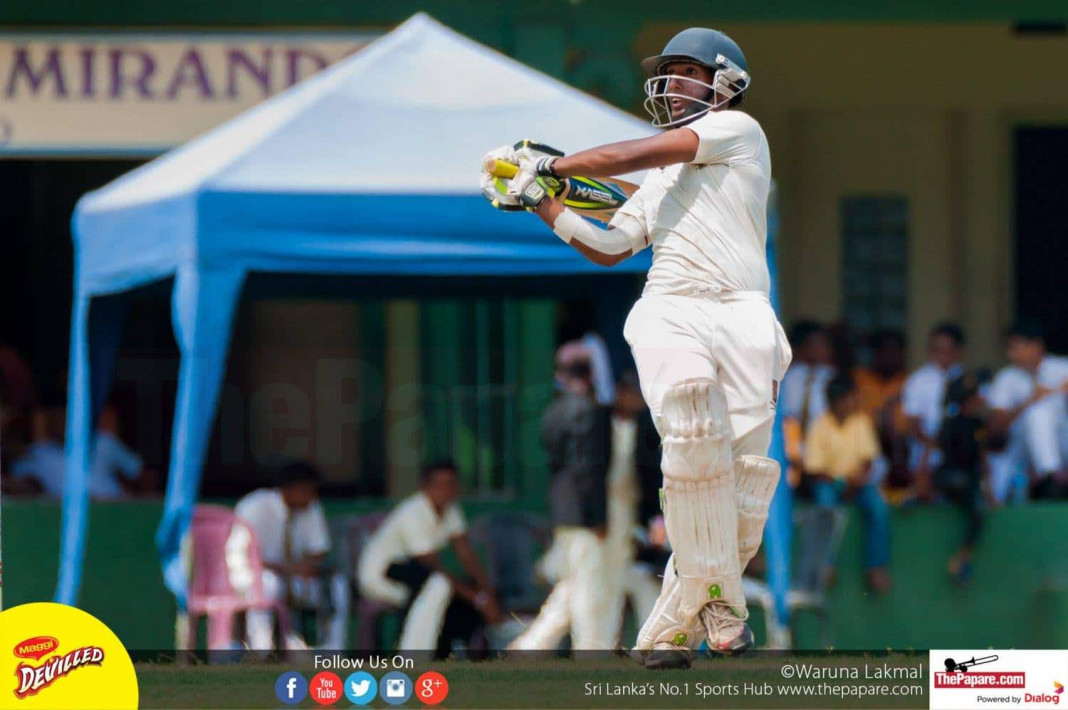 Mahanama showed some skills with the bat early on in the innings on a batsmen’s pitch. The openers took their time settling in. The top three had shared 61 runs among them when Niduka Welikala was picked up by Thimila Vidyasekera for 20, caught by Muditha Lakshan. The Mahanama middle order then started to crumble, losing 5 wickets for a mere 25. It looked like D.S. had a promising opportunity to repeat their performance from two years ago when the D.S. team lead by Binura Fernando marked the only win recorded in the history of big matches between the two schools.

Mahanama’s Heshan Hettiarachchi and Pathum Boteju came out to bat at a stressful point in time for them, having lost 7 wickets for 87. The D.S. boys were comfortably on top, keen on finishing things off as soon as possible and get themselves a shower before starting their innings. Heshan and Lathum, however, had different plans. They absorbed the pressure and kept their calm, nudging the ball around for singles and 2s until they got themselves in. Heshan, then went nuclear, hitting the ball all over the park until Sachin Bandara of D.S.Senanayake College castled him with a beautiful delivery, for a well played 38 in 96 balls. Pathum managed to keep his nerve and, with the help of the tail-end, crawl towards a respectable score of 168 for 9 wickets till his captain called them off.

The D.S. openers looked comfortable in the middle when they came out to bat and managed to score 24 runs for the loss of 1 at the end of the day’s play. The only Senanayakian to return to the dressing room, Vihan Gunasekara took on the Mahanama pacers early on and scored 18 off 21 deliveries.

There was a rare moment at the end of the Mahanama innings when twin brothers playing for either team faced each other. The fans went home expecting a draw at end of day 2 tomorrow, but the match can still easily be turned upside down.