Home Rugby Club Rugby Havelocks “Bailed Out” at the end 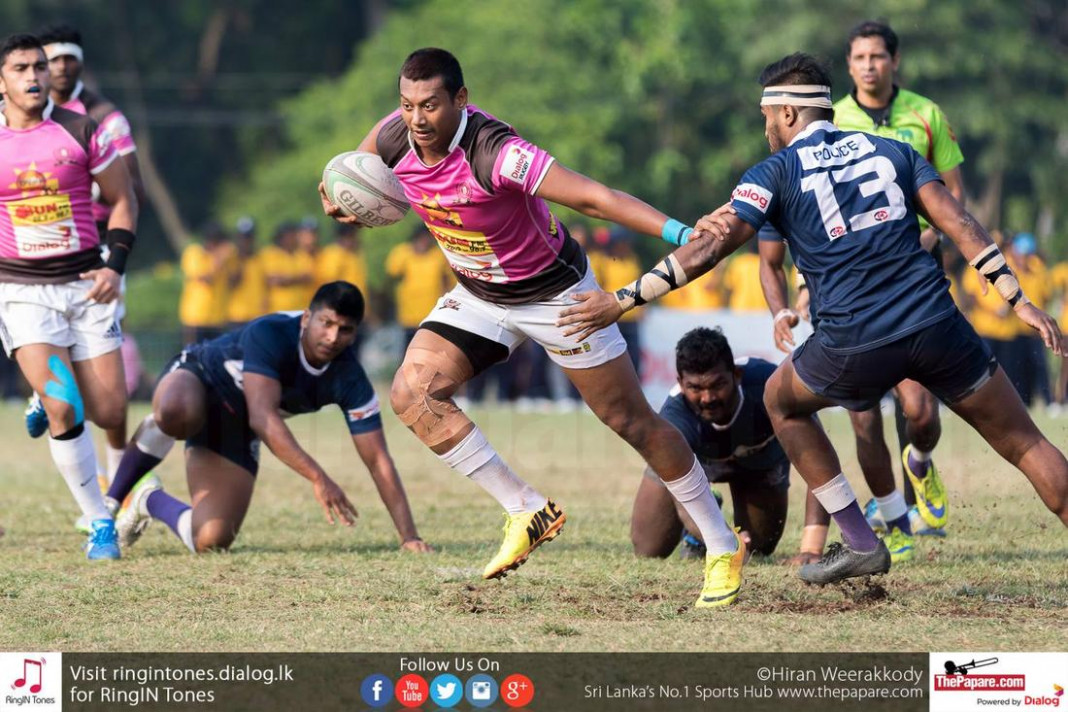 Havelocks SC could consider themselves a wee bit lucky, that they left Police Park with a win under their belt against the Cops, who came up a with magnificent performance but only to be outdone in the end in their Round 2, Dialog Rugby League match played out today.

Rimzi Jamaldeen kicked off the proceedings but it was not the best of starts as it was kicked out on the full. Both teams seemed to be struggle to settle down and the initial 15 minutes turned out be a scrappy affair with both entering their opposition 22 only to concede possession and leave empty handed.

Police almost broke the deadlock when their forwards tried to power their way through but referee Dinka Pieris brought back the play deeming the ball had been held up. The home team however got the scoreboard ticking off the ensuing scrum, courtesy of a  brilliant try by their No.08 Radeesha Senevirathne who shrugged off a few defenders to score mid left. Rizah Mubarak was successful with the conversion to give his team a 7nil lead.

Police almost scored another try, 3 minutes later when Rehan Weerakoon’s deep kick was misjudged by Rimzi Jamaldeen and Rehan Thayagrajah. The awkward bounce saw the ball go into the hands of the charging Police Winger Gihan Silva who was bundled out to touch by Jamaldeen at the last moment. Havies 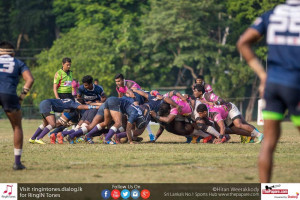 slowly started showing signs of settling into the game with their forwards having a go at their Police counterparts,The last 10 minutes  of the 1st half belonged to the visitors who camped themselves inside the Police 22 but couldn’t find a way through the Police defense thanks to some effective tackling, especially by Sharo Fernando and Radeesha Senevirathne. Dushmantha Priyadharshana did cross the try line during this barrage of attack but he could not ground the ball and by the end of the 1st half the home team held on to the 7 point lead.

The half time pep talk by coach “Laga” seemed to have had some impact on the visitors as they went out on attack immediately after the restart. A storming run by Fullback Rimzi Jamaldeen saw Havies bring the play into the ’22’ and after a few more phases Lasindu Ishan grounded the ball to score his teams first points. Jamaldeen Converted the try to level the scores (7-7).

A few minutes later Prasath Madushanka did well to score a brilliant try intercepting a pass from Police scrum half SudamSooriyarachchi and covering a good 30 meters to score under the posts giving Jamaldeen an easy attempt at goal which heobliged. (07-14).

If that was a reason for the Havelocks supporters to rejoice, it was the turn for the home team supporters to do the same as almost immediately after the restart, the Cops hit back, when Police SC’s Gayan Uadara snatched the ball off the hand from Havlocks no.09 Rahul De Silva and touched down near the right corner flag. Rizah Mubarak who had a good day with the boot made a splendid conversion to level the scores 14all. 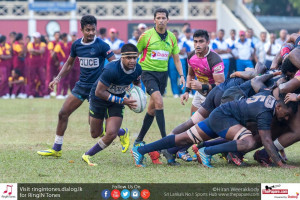 Rimzi Jamaldeen was next to show his kicking prowess, successfully putting over 2 penalties and by the 62 minute the scoreboard read 14-20 in favour of the visitors. Police though not be outdone kept going at the opposition and their efforts bore fruit when Rizah Mubarak reduced the deficit to just 3 points putting over a 35 meter penalty.

The 72nd minute saw the home team score the try of the match. A superb link-up play between, replacement scrum half Mohomed Abzal and Rehan Weerakoon enabled Police to storm into the Havlocks ’22’. Rehan Weerakoons neat cross kick was then fumbled and Abzal taking advantage of the situation made a well timed grubber kick which was collected by ‘man of the moment’ Radeesha Senevirathne who scored mid left. The try was also his second  of the game. Rizah Mubarak was once again spot on with the conversion which gave Police a 4 point lead (24-20). 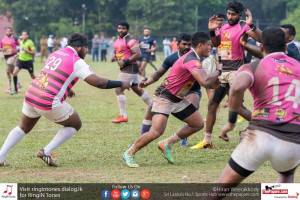 the Police defense. Similar to the end of the 1st half, the visitors camped themselves inside their opposition half but were thwarted by some last ditch defense by the ‘men in Blue’. But 2 minutes from regulation time Havelocks manage to score through Dushmantha Priayadharshana who barged his way through. Jamaldeen added the extras to give Havelocks a 27-24 lead. With barely time left Police made a determined effort to salvage something from the game. But Havelocks who had utilized their superior bench strength managed to hold on and secure a thrilling win.

Police will be absolutely gutted with the fact they had a win snatched away from them at the last moment. During the final moments of the game, there were a few debatable decisions that went against them which would only add to their frustration. For Police, Radeesha Senevirathene had a grand game. he was omnipresent in attack as well as in defense. For Havelocks who made the short trip to Police park, they would consider themselves a bit fortunate for the win. they took time to settle down while their backs were off colour without the likes Niroshan fernando, Dhanushka Ranjan and Co. With many more tough games ahead they would certainly need to polish up their minor niggles.