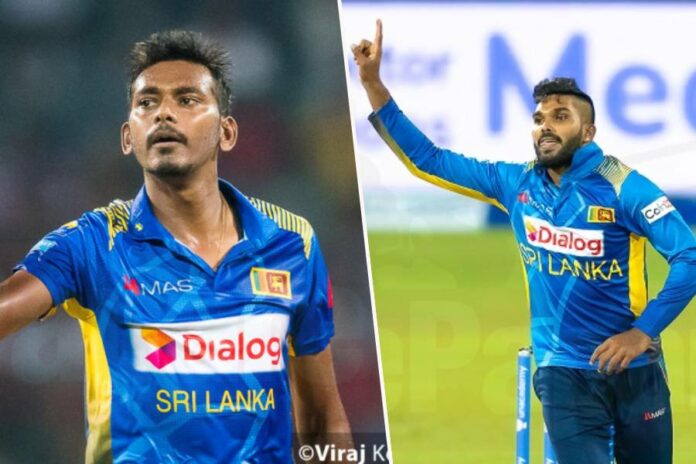 Here, we take a look at 11 players who make the cut in the 50-over format of the game for men’s cricket.

With 705 runs, Paul Stirling finished 2021 as the highest run-scorer in ODIs in 2021. His runs came in only 14 matches at an average of 79.66 with three centuries and two half-centuries. The opener constantly got his side off to rapid starts, despite Ireland struggling for victories in the calendar year.

Malan established himself as a vital part of the South African top-order, earning a deserved place in the ICC Men’s ODI Team of the Year. Malan scored 509 runs in eight matches at an average of 84.83 with two centuries and two half-centuries. Be it in home or away conditions, Malan maintained his consistency throughout the calendar year, having only made his ODI debut a year before.

Despite having played only 6 matches in 2021, Babar still managed to score 405 runs at an average of 67.50 with two centuries. The talismanic Pakistan skipper made vital contributions in tough away tours of South Africa and England, ending up with Player of the Match awards in both their victories in the former. He also scored a memorable ton in Birmingham in conditions that assisted the seamers.

Zaman continued his stellar run in Pakistan’s ODI outfit in the year 2021. Playing 6 matches, he aggregated 365 runs at an average of 60.83 with two centuries. One of the centuries came against South Africa, in a knock which will be remembered for ages. He scored 193, almost taking Pakistan home in their chase of 342 in Johannesburg.

The South African middle-order bat continued to be a pillar of rock for the Proteas in the 50-over format. Playing impactful knocks and masterfully rotating the strike, he scored 342 runs in 8 games at an average of 57. He also had a ton to his name which came against Pakistan in Centurion.

Another year, another Shakib Al Hasan masterclass. The veteran all-rounder continued to showcase his class for Bangladesh in the 50-over format in 2021. In nine matches, he managed to score 277 runs at an average of 39.57 with two half-centuries. He also scalped up 17 wickets at an average of 17.52. He was in full flight in his return to international cricket in the series against West Indies at home, where he was adjudged the Player of the Series for his efforts.

Mushfiqur too continued to be a solid contributor to Bangladesh’s cause in the year 2021. Playing 9 matches, he aggregated 407 runs at an average of 58.14 with one century. Typically busy at the crease, Mushfiqur ran hard to accumulate his runs while playing some glorious shots in between.

A vital contributor with both the bat and the ball – Wanindu Hasaranga continued to establish himself as the superstar of the Sri Lankan team in the shorter formats of the game in 2021. He scored 356 runs at an average of 27.38 with three half-centuries in 14 matches. Hasaranga was also a constant menace with the ball, picking up 12 wickets at a miserly economy of 4.56.

The Bangladesh left-arm seamer again ruled the roost in ODI cricket in 2021 with his clever variations and change of pace. Lethal up front and at the death, he scalped 18 wickets in 10 matches at an average of 21.55. He also proved tough for the batters to get away as proven by his economy of 5.03.

The off-break bowler weaved a web around his opponents, taking wickets for fun in 2021. He picked up 19 wickets at 20.15 in 2021 in 13 matches, which included one five-for. He also contributed 280 runs at 46.66, which included one century and one half-century.

Impressing one and all with his pace, Chameera was on fire in the year 2021. Playing 14 matches, he scalped 20 wickets at an average of 29.30 with one five-wicket haul. Managing to maintain his fitness, Chameera reaped the rewards in what turned out to be a fruitful year for him.