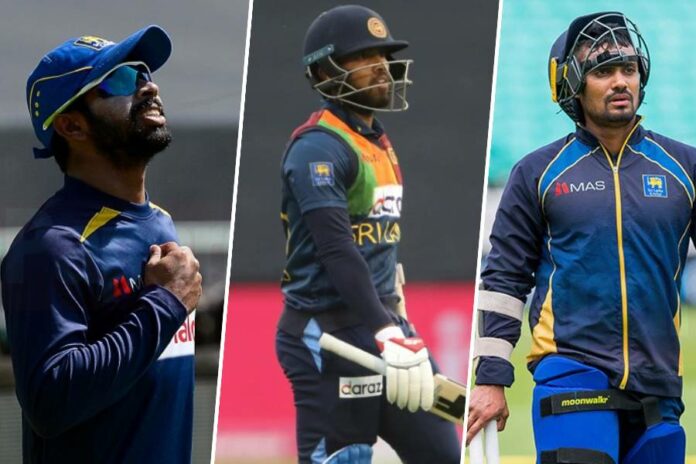 Danushka Gunathilaka, Kusal Mendis and Niroshan Dickwella have been handed a one-year ban from international cricket after been found guilty of breaching quarantine regulations during Sri Lanka’s tour of England.

The 5-member panel appointed by Sri Lanka Cricket (SLC) conducted the disciplinary inquiry yesterday (29th July) in order to probe whether the three players had violated the quarantine regulations during Sri Lanka’s tour of England.

In addition, the three players were fined $ 25,000 each. The final decision on the recommendations made by the disciplinary committee was to be ratified by the SLC Executive Committee today (30th July).

However, SLC Executive Committee has decided to reduce the ban on the said players handing only a one year ban from international cricket, 06 months from domestic cricket.

In addition, the three players have been fined Sri Lanka Rupees 10 Million each. Upon completion of the said one year Ban, each player will be subjected to a

suspended for a period of two years.

The three players also have to undergo Mandatory Counselling under a Doctor recommended by the SLC.

SLC investigated the three players after a video was circulated on social media which showed the said players walking on the streets in Durham breaking the bio-bubble placed for the Sri Lanka team.

As a result, the three players were suspended from all forms of cricket following the incident, until the completion of the inquiry and a 5-member panel was appointed to conduct an inquiry into the incident.