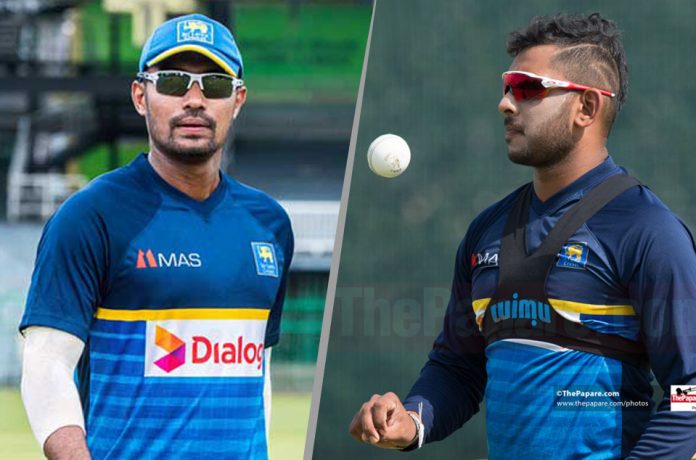 Manager of the Sri Lanka Cricket Team, Charith Senanayake, speaking exclusively to ThePapare.com stated that the media reports circulating regarding Sri Lanka opening batsman Danushka Gunathilaka and all-rounder Shehan Jayasuriya being in trouble for their conduct during the Asia Cup 2018, is unfounded.

A local newspaper alleged on Saturday that Gunathilaka had landed himself in trouble once again as he had not informed the board that he was carrying an injury going into the Asia Cup prior to leaving for Dubai. The report went on to imply that the player had been aware that it was unlikely that he would play and as a result had not even taken his cricket equipment with him on tour. Jayasuriya on the other hand had been accused of taking his girlfriend along with him on tour without obtaining permission from Sri Lanka Cricket and would be reprimanded.

Gunathilaka was ruled out of Asia Cup before playing a game after sustaining a lower back injury in the first practice session the team held in Dubai and was replaced by Jayasuriya the following day.

“Danushka Gunathilaka was sent back only due to the back injury sustained at training. There was no other incident. “ Senanayake said to ThePapare.com on Sunday.

The left handed opener has found himself in trouble with the SLC on multiple occasions prior to this due to disciplinary reasons.

Sri Lanka were knocked out in the first round of Asia Cup after two heavy defeats at the hands of Bangladesh and Afghanistan.

Sri Lanka Cricket (SLC) is yet to make an official statement on this issue.

*ThePapare.com too published the story, but upon learning from a source close to the players that it was false, promptly took action to remove it. We apologize for any convenience caused.