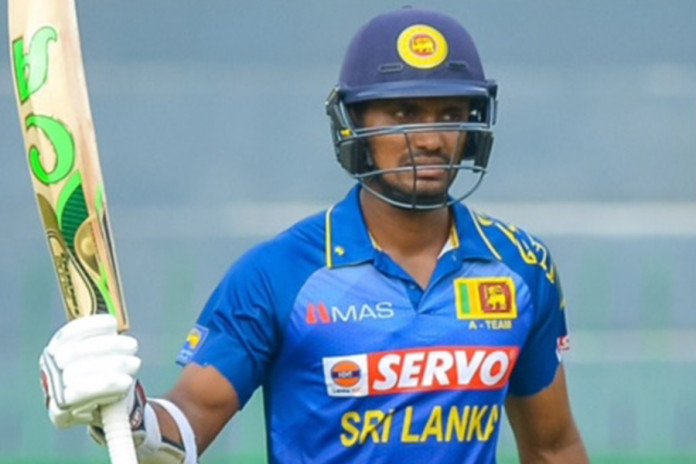 Sri Lanka A recorded a convincing 119 run(D/L method) victory over the England Lions in the second unofficial ODI worked off in Dambulla today(4) thanks to an unbeaten 201 run partnership between Kusal Perera and Danushka Gunathilaka.

Chasing a below par target of 218 to win, the hosts raced to 201 for no loss when weather interrupted play to bring the game to a premature end.

Gunathilaka’s and Perera’s unbroken stand of 201 came off just 172 balls. Gunathilaka was the more aggressive of the two making 121* off just 88 balls. His knock included 12 fours and 6 humongous sixes.

Perera on the other hand played a more sedate role remaining unbeaten on 70 off 84 balls. He struck nine fours and six during his knock; this was also his second half century in as many games.

Earlier in the day, the England Lions got off to a flying start with Ben Duckett making 59 off just 45 balls at the top of the order. Liam Livingstone was the shinning light once again for the visitors as he battled hard making 94 runs as the rest of the batting crumbled to be bowled out for 217 in the 43rd over.

Seamers Thisara Perera and Lahiru Madushanka chipped in with two wickets apiece but the man who did the bulk of the damage with the ball was skipper Milinda Siriwardena himself. He went on to pick up four wickets in just 7.5 overs.