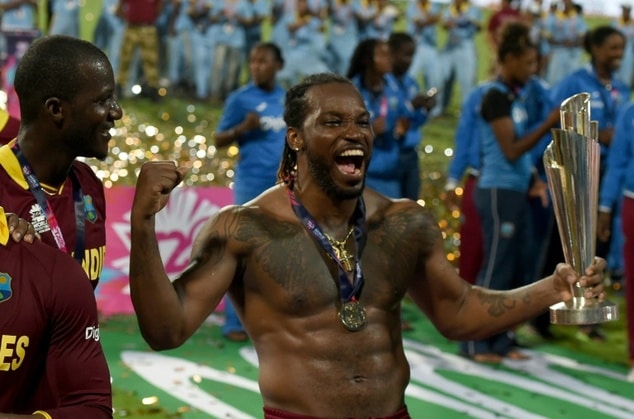 Darren Sammy’s success in captaining the West Indies to the World Twenty20 title has been recognised by his native St Lucia after it was announced that the island’s main cricket ground would be renamed in his honour.

The Beausejour Cricket Ground will now be known as the Darren Sammy National Cricket Ground, with one of the stands to be named in honour of fellow St Lucian and Twenty20 winner Johnson Charles.

According to the West Indies Cricket Board, the announcement was made by the Prime Minister of St Lucia, Kenny D. Anthony, at a “welcome reception” on the island on Tuesday.

“The West Indies Cricket Board would like to congratulate West Indies captain, Darren Sammy and opener, Johnson Charles for the honour their home country St Lucia has bestowed on them,” the WICB added in a statement, issued from their St John’s, Antigua, headquarters.

Sunday’s victory over England, in a thrilling Kolkata final where Carlos Brathwaite hit four successive sixes in the last over, meant the West Indies became the first team to win the World Twenty20 title twice.

Sammy, 32, was also the West Indies’ captain when they beat then hosts Sri Lanka in the 2012 final in Colombo.

But immediately after the team’s latest triumph at Kolkata’s Eden Gardens ground, the all-rounder slammed the WICB for a “disappointing” lack of support, saying the team felt “disrespected” by their own officials.

Sammy’s comments came on the back of a bitter pay dispute that has dogged West Indies cricket for several years.

However, Cameron added the board would meet players after the end of the Indian Premier League (IPL) next month to persuade them to play for the West Indies, rather than opt for lucrative franchise Twenty20 leagues.

“We want to see how we can find common ground in ensuring that the best players in the region are available for selection for West Indies teams,” Cameron said.

A pay dispute two years ago led to the team flying home in the middle of a tour of India and the players only reluctantly agreed to sign contracts for the World Twenty20 a few weeks before the tournament began.