Home Features Where have all the good men gone? 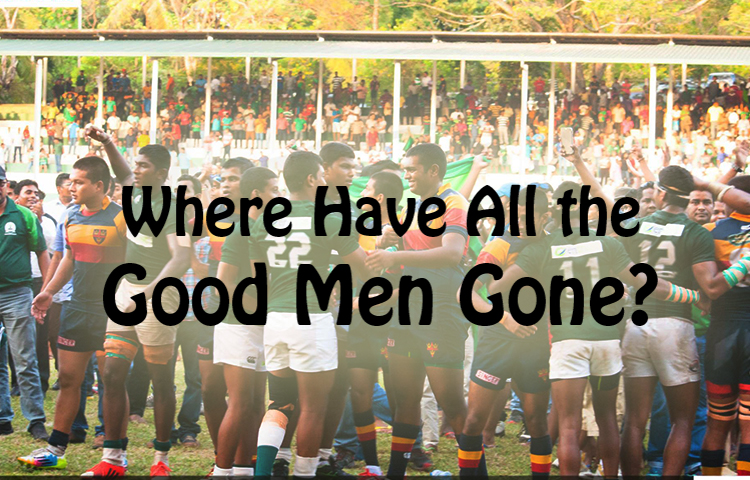 From a very young age, we were taught that Rugby was a ‘hooligans game played by gentlemen’, sadly this seems to be an idea lost in the Sri Lanka schools rugby community.

Over the past five years, there have been numerous incidents both on and off the field that have been a disgrace to the sport we love, only to be dismissed time and again as one-off incidents, heat of the moment etc. 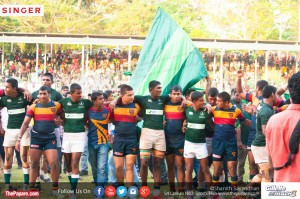 Apparently the time where players battered each other for 80 minutes, only to cultivate a lifelong friendship thereafter seems lost. The time when fans would join in toasting the victors whilst commiserating the losers is apparently a thing of the past.

Rugby like most other sports has unwritten rules, a spirit of the game that has to be upheld by all those involved, be it spectator or player. The first of these unwritten rules is that the referee’s word is final. There has been a recent unhealthy trend for fans to blame the officials when their sides lose. Coaches and players have to take responsibility for their own deficiencies or under-performance. Few referees get it right all of the time and, though some seem to make more errors than others, there is a process whereby complaints can be lodged 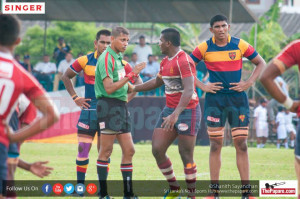 by officials. This system must be respected if the game is to thrive in the future. The crowd invading the field and bludgeoning the referee is not going to change the outcome of the game. It is true the standard of refereeing in Sri Lanka is not to be revered and it does not seem to be changing for the better in a rush. However, all those involved in the game have got to realise that the referees decision is final, no matter the consequence.

The most famous argument for this case is that in 2007, the mediocre refereeing cost the All Blacks the quarter-final of the RugbyWorld Cup, which let’s be honest is far more important than any school’s rugby game in Sri Lanka. How the All Blacks reacted to this, is a valuable lesson to every rugby follower and should be emulated. Following the 2007 loss every one of the players, coaches, administrators took it upon themselves to accept responsibility. 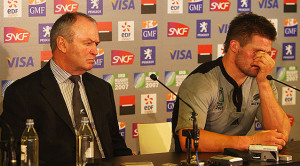 In his autobiography the captain of that side, Richie McCaw talks about how his coach at the time Graham Henry pulled him aside prior to the post-match press conference and said “we’re going to front up, play it straight down the line, pay the French respect, and as much as we might feel we have gripes, there’ll be no whingeing.” This attitude earned them the respect of the entire global rugby community including the rugby-mad fans of New Zealand. If only Sri Lankan schoolboys had similar examples.  Instead, they are subject to watching middle-aged men surrounding and assaulting a referee within seconds of the game ending. How can we expect the next generation to do any better when these are the scenes they grow up watching.

Learning to accept defeat is something the entire rugby community needs to do. Could it be that the pressure we are putting on these youngsters to win is too much? It is drilled into them from day one, how important winning is. The culture we are creating is, win at all costs and apparently that is creating sore losers. Rugby, like life gives you victory and defeat along with heartbreak and triumph and if we don’t teach youngsters to deal with it in rugby, how do we expect them to deal with it in life? In rugby, you are expected to accept both winning and losing, with equal grace. Losers never make excuses and winners never gloat. Apparently the majority of the fans on social media never got the memo. Whether it is accusing a referee of cheating or a reporter of being biased, the negative posts always seem to outweigh the positive. Fans find it extremely easy to come to the defence of heinous acts while still criticizing excellence purely to support their individual ideologies.

Another unwritten rule of rugby is that once you walk off the field you are expected to be the best of friends. For 80 minutes you are merciless toward each other, but the moment that whistle goes nothing matters. Some of the greatest friendships in Sri Lanka’s previous generations were born on the rugby field. This was a notion prevalent in Sri Lanka rugby in the past but seems to be lost to the new generation.

There used to be a tradition in some schools where, when they hosted a junior rugby game they would give the visiting team players a milk packet and banana following the game. The two teams would then stand together in awkward silence around a bench or under a tree, sometimes watching the ‘aiyas’ playing sipping their milk packet and chomping down their banana. It was not a big deal and the coaches and masters in charge would repeatedly attempt to force the players to interact to no avail. It may not have been much and rarely created dialogue but it did humanise opponents. It gave youngsters the feeling of “they are just like us”. This took away that stigma that competitors were the enemy, it created an 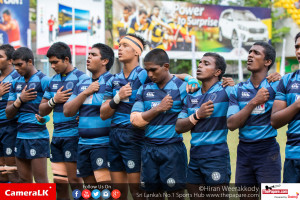 atmosphere where players learned to respect each without uttering a single word.   You also used to clap your opponent off the field where naturally any simmering resentment is nipped the bud.  For schools, making the pre-game line-up and introductions should also be made mandatory as a means of steeping the youngsters in tradition and unwritten codes early on, respect, respect, respect.

At the conclusion of some traditional encounters the host teams invite the visiting teams for a shared dinner. Whether it’s just the two teams in the dining hall of the host team or whether it is large gathering of old boys, parents and officials, this tradition provides opportunities for players to interact and cultivate friendships. No matter the scale be it a formal dinner or players  simply sharing a meal after the game replicating the traditional sharing of a pint by sportsmen the world over, it is a vital tradition and should be implemented at some level.

Every school whether it be the self-proclaimed elite Schools that have competed at the top for generations or the newcomers to top level competition, is responsible for this farce we now call schools rugby. All these schools field exceptional talents, that are completely undercut by the belligerent behaviour of those gone before them who vainly attempt to re-live their glory days through these young men. In turn, the example set for the next generation is that of chaos and rivalry instead of friendship and camaraderie.

No matter the game, be it the Bradby in Pallakele or under 12 games played in a dust-bowl by unheard of teams, the virtues and values of the game must be taught. From old boys to present boys, from parents to well-wishers, from administrators to coaches it is our job to uphold and carry on tradition whilst still evolving with the times and heightened competition.