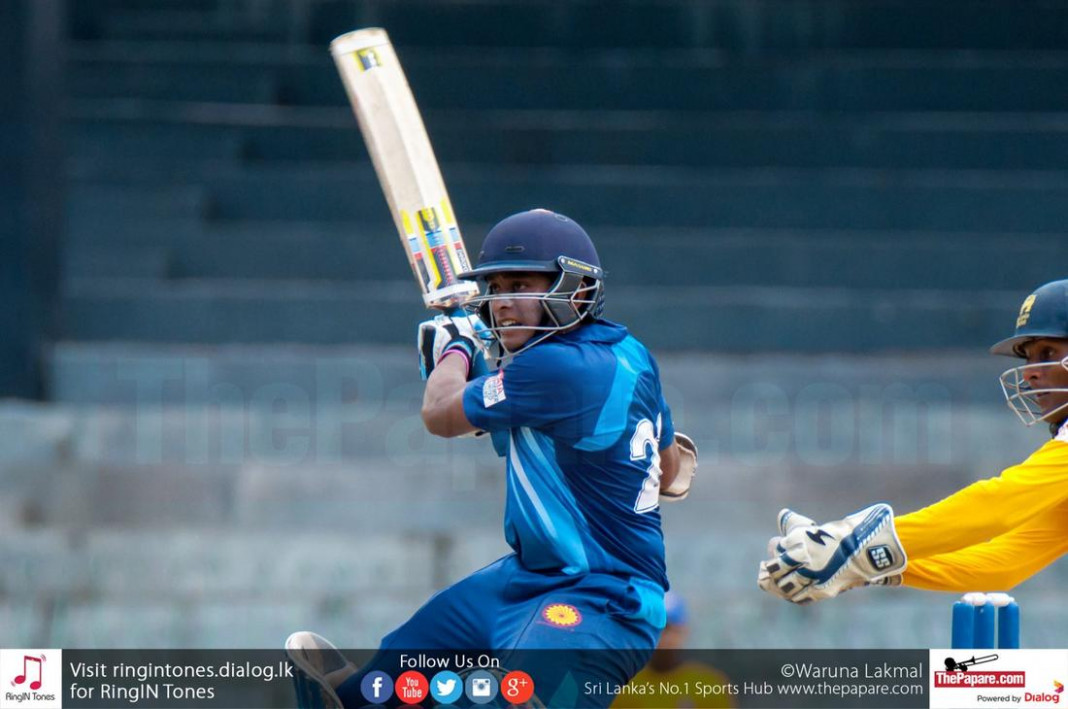 Fast-bowler Sachin Peiris (Badureliya) and Suraj Randiv (Galle) were the only two bowlers who captured 4 wickets apiece for their respective clubs.

Left-handed Geshan’s cracking 42-ball 73 including 6 fours and 5 sixes laid the foundation for their total of 170 which they defended heroically as former Benedictine, Sachin Peiris picked up 4 for 22. Fast-bowler Shanaka Shaninda and off-spinner Yashan Samarasinghe shared 5 wickets between them.

Tamil Union prevailed in a rain-curtailed game as they beat Colts CC by 7 runs (D/L method) at NCC grounds.

Dhananjaya De Silva and Jeewan Mendis slammed half-tons to help Tamil Union post 204 on the board. Chasing a daunting 205 runs to win, Josephian-Peterite opening pair of Sadeera Samarawickrama and Shehan Fernando excelled but the rain cut short their chase in the 14th over.

Batting first, the Soldiers raced to 205 in 8 wickets. Seekkuge Prasanna’s 16-ball 48 and Shalika’s astonishing 87 clamped down their opponents. CCC were bowled out for 78 in their reply with Chathura Damith claiming 3 wickets.

Bloomfield clinched a 31-run win according to the D/L method as SSC were beaten badly in a rain-hampered low-scoring game at P. Sara Oval grounds.

Niroshan Dickwella’s aggressive knock of 79 in 46 balls paved the way for NCC as they beat Saracens by 8 wickets with 31 balls to spare at R. Premadasa Stadium.

Incidentally, this is NCC’s second consecutive victory in 2 games and they are one of the only 3 teams to stay unbeaten thus far in this competition.

Udara Jayasundera (56) and Amila Aponso (3 wickets) helped Ragama CC clinch a close 2-run win according to the D/L method in their rain-affected game against Galle CC at R. Premadasa Stadium.

After the massive 86-run opening stand between Udara Jayasundera and Janith Liyanage, Ragama CC lost their way but came back strongly to win the game and stay unbeaten.