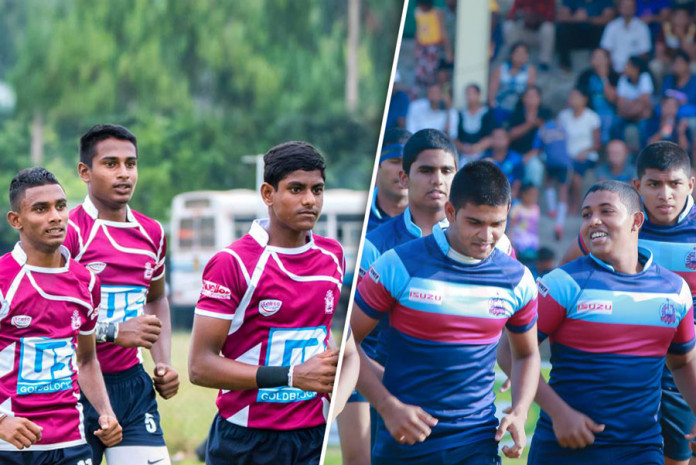 Following the injury that took place in the plate championship match between St. Anthony’s College vs Science College where the visiting team Science’s Santhush Ayeshmantha suffered from a head injury, the St. Anthony’s old boy fraternity has come forward to support the 17-year-old player.

In a magnanimous gesture, the Antonians have raised a sum of Rs. 600,000/= within two days in support of this young player. This exemplary act is indeed praiseworthy and ThePapare also learns that the emergency ward of the Kandy General Hospital has been flooding with St Anthony’s College players as well as many Antonian old boys who have been continuously visiting the ward to see the condition of the young Science lad.

Science College which was a team in the top bracket of schools rugby has suffered severely due to the lack of financial support which has also forced them to withdraw from last year’s President’s trophy knockouts as well.

Speaking to ThePapare, a representative of the Science College Rugby Support Group added these words,

“We all at Science Rugby are truly humbled and overwhelmed by the true sportsmanship shown by all of you. (Antonians) This proves humanity prevails over sporting rivalries which are hard to find these days. At a time we are struggling to fulfil daily requirements of our players, every rupee contributed by each one of you would mean a lot to Santhush. We assure you that your contributions will be well spent on his welfare and will share details at an appropriate time.”

The incident occurred last Sunday (20th) where two of the Science College players clashed with each other while going for the ball and one of them Santhush Ayeshmantha continued to play after the incident and later fell on the ground unconscious. He was diagnosed with internal bleeding and was taken for surgery overnight.

Medical staff took him for emergency treatment to the Kandy General Hospital and as of today (23rd), his condition is reported as stable and on the way to recovery.

The 17-year-old who currently plays for the 1st XV side of Science College had lost his father last year and currently lives with his mother. This aid should surely help his family in his expenses pertaining to the injury and ThePapare hopes that it would not discourage him from playing the sport.

While schools run an aggressive race in the pursuit of silverware, often sportsmanship and values are lost in the process. Incidents like these warm the cockles of the fraternity and gather it together in solidarity while serving to remind that humanity can exist even in the fiercely fought rugby field.