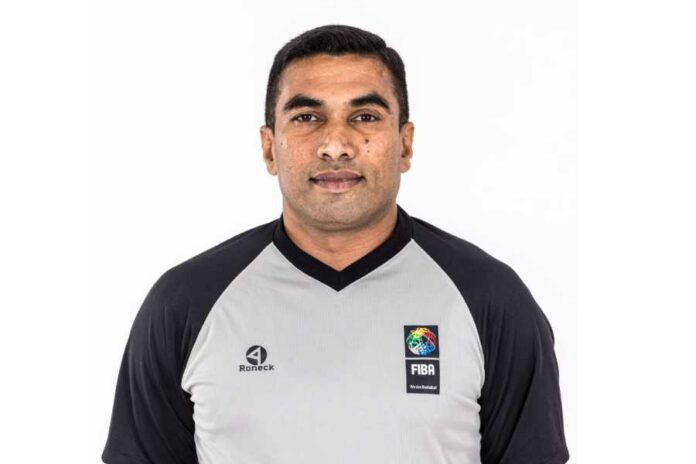 The 2022 edition of the FIBA Under 18 Women’s Asian Championship concluded last Sunday (11th September) with Australia claiming their first title and ending China’s streak of five championships in a row.

Buddhika is a proud product of Richmond College, Galle, who later joined Sri Lanka Army to serve his motherland. He captained both his school and Army basketball teams and represented Sri Lanka in many international platforms both as a player and a referee.

Buddika, who holds the rank of major in Army, has successfully completed four international licenses and in 2018 completed his FIBA [Europe] digital score operator certificate. He is the first Sri Lankan to accomplish this is also the first Sri Lankan referee to get the FIBA Technical officer and FIBA 3X3 licenses.

“I am proud to be a part of an internationally acclaimed sport such as basketball and being the only basketball black license holder (in Sri Lanka), I try my level best to represent my motherland in every possible way.”

Adding to the conversation he also mentioned about all the fellow officials and their potential towards the game.

“Although there are many referees present in the country with qualification, not only in the field of basketball but in all other sports too, the necessary steps are not being taken to give them opportunities. If Sri Lanka hosted the tournament in the future, it would be a great opportunity for all the officials to showcase their abilities and build up experience.”

He also stated, how hard it is for Sri Lankan basketball player to get into the international arena, not having the necessary resources and the much-needed international exposure. However, the best option in making it to world stages is going forward as a world ranked official.

“As an international basketball referee my aim is to promote individuals to develop their selves to fit into the arena as referees and I am trying my best to get the assistance of the basketball federation and the ministry of sports” he added.