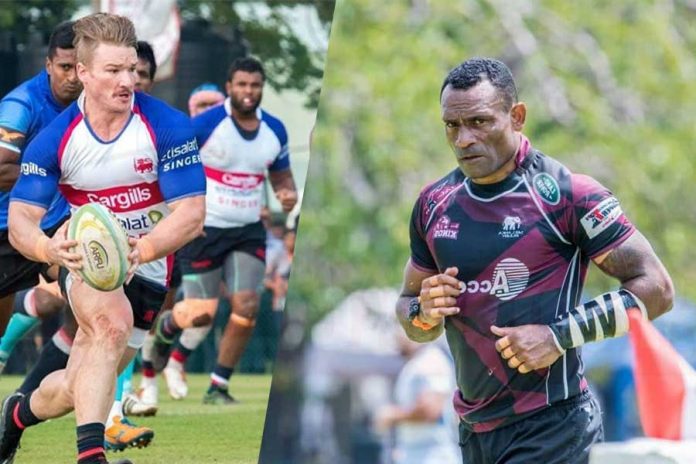 Foreigners. Local fans ask, “Do they love them or do you love them not?”. They, as in– Sri Lanka Rugby (formerly SLRFU) allowing professional rugby players to be employed then deployed for the Dialog Club Rugby season 2019? Based on what I’m about to propose, the answer may be a YES!

A hot topic which has created much to much-more debate, where even the newly installed president of Sri Lanka Rugby has stated that locals will love them, which they have, for many years over. Allowing “foreigners” to play in the upcoming season proper.

Will it happen or is it wishful thinking? There are mixed reactions to this very utterance from key stakeholders.

From Russians, South Africans to Fijians, extending all the way down under. We have had them all. They have been much the draw card both on and off the field. Let’s focus on what’s more on the field and how best, I propose that SLR (Sri Lanka Rugby) make it work off the field.

Getting a much needed buy in from the clubs themselves and most importantly, the fans, those who give up their time and money to make the game what it is. They always have but of lately, with faltering interest and lopsidedness, there is no legitimate reason for them to turn up. Unless of course you support Kandy and live around Nittawela.

Let’s face it. Clubs are interested in number one, themselves and becoming number one. Anything beyond is a thinly-veiled agenda where at best of times, they are seen to be doing things right. Some of the background noise and “hesitation” from them, is a fear of the proposals (thus far) disadvantaging them. Key words– proposals, thus, far.

There is of course a dilemma here but looking after your own interests from a club ownership perspective is very understandable. Therefore, there is a clear cut and distinct difference between doing things right and doing the right thing. For your club and for national duty.

This proposed system, the Straight up, Boa Athu method(C) is all about innovation and understanding that what got SL rugby to “wherever” yesterday and today, won’t get it to where it should be tomorrow. 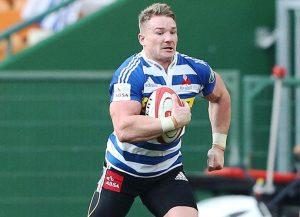 In thoroughbred horse racing, to make a race more even, a weighted system of handicapping is used. Depending on how good and best the horses “rate” on their cumulative form, the better runners of the field get penalized by their respective jockeys carrying more weight (their riding gear). The more weight they get lumped with, the harder it gets and makes for a more level playing field. Heavier they are the harder it is to run faster against lesser weighted, lighter- horses over the same distance.

In an 8-horse field, the top weights, numbers 1 and 2 have a significantly higher, carry on weight than the bottom of the field in numbers 7 and 8. They have it light. Relatively.

Just as in golf, depending how good or bad you are with your scores, you get a tournament handicap. The top players in the field start with none to a lesser handicap and as the list goes down, players allowed a bigger handicap (of shots). Again, allowing for the lesser players to stay afloat and compete with the top flight.

The system I propose is simple. It is revolutionary and makes the competition more even and equitable. It is innovative and outside the box. Quite literally.

It will test the fortitude of coaches and also make the game more tactical and strategic.

In brief, it is a time allocation per half where an overseas player or players are allowed for a team based on their ranking and handicap. Using last year’s points table and how the teams finished, top to bottom, where the top seed in Kandy starts with 0 and bottom team Air Force get +7.

This means, as you browse through the table in order of finish, each team is given a handicap with a “Power Player/s” time allocation per half. The Power-Player being, of course, a “foreigner” or overseas professional whose contract is registered with SLR.

A simple methodology based on ranking of the team and time allocation per half with their respective “foreign” players.

The ranking and handicap is based on the previous year’s league table standings 1-8.(2017 league)

The top half or first four, are allowed 1 foreigner per game with total time allocation split into two halves.

The bottom half, last four, are allowed 2 foreigners per game with total time allocation split into two halves.

The time and player allocation increases depending on the handicap, based on last season’s placings. Lesser the team ranks with a higher handicap, gets them more time and in the case of bottom half teams, an extra player- 2 players per half in their time slots.

This allows for the bottom teams to balance out and contest with the top teams on a starting, even keel. As an example, Kandy who are the top seed will have 1 Power Player for 2 quarters (20 min each per half) for their game against Air Force, the bottom team, running 2 Power Players for half hour each per half. Thereby creating more competition, as opposed to completely handicapping the top club and fully arming the bottom club.

Substitutions/bench: The top 4 will have 9 subs (8 plus 1 Super sub) and the bottom 4 will have 10 subs (8 plus 2 super subs). The respective and allocated “Super Subs” will replace the Power Player in case of injury (blood bin or otherwise). Normal blood bin rules will apply.

To add more spark to the games, the bottom 4 MUST field 1 forward Power Player and 1 back Power Player in their game day 25.

The Super Subs for the bottom teams, at least 1 of them MUST be a U21 colts level player. Targeting future planning and exposing a wider and younger playing roster. Concurrently, levelling out any unfair advantage where the super sub maybe a more experienced player, drafted from a wider playing group.

This will force all clubs and their coaches to actually “coach” and be tactical with their recruitment, game management and above all time allocation/ tactics.

For far too long it’s been a case of turn up with your highest paid players and let the game run its course. This system will test how teams utilize their handicap and target respective areas and time slots of a game to literally, win or lose it.

An initial report and then just recently, a further development where a suggestion that the “lower placed” clubs should only be allowed to play “foreigners”, adventurous but ill thought out. Doubtless, it faced its immediate detractors.

Sri Lanka has had no end of overseas “consultants” call in, cap in hand and taken a king’s ransom in fees and payments, yet we are still no better off than where SLR could have done it themselves. It is no different with a mushrooming population of coaches and support staff who line up to fill their pockets. Yet, no one has ever put forth anything further than what the status quo wants to hear.

Here is a genuine framework which is a world first. It is time all the talk stopped and for a change, walk the talk and deliver. That is my challenge to the powers that be.

Discard the fanciful, wannabe expertise and make it a game for true fans to enjoy. Pushing back club affiliations and any intentional or unintentional bias for the sake of the game. Furthermore, there are a number of key proposals for change which will further enhance this framework. That is for another day and there is no such thing as a free lunch. Neither is this.

Sri Lankan rugby has a choice. Keep following the same route with the same game plan and get the same results…or… change the dynamics, inject this inventiveness and change the course and its results. That starts now. There’s never been a better time for it. The speed of NOW!

All that said, it is about injecting one or more “foreigners” into the game. Do NOT forget that rugby union is and will always be a team game. So for this to happen, everyone needs to pull off a team effort. This is a genuine call out to all the clubs to make sure this gets ratified and enjoy the challenge which lies ahead. So say this with me, The Boa Athu Straight Up Power Play system.