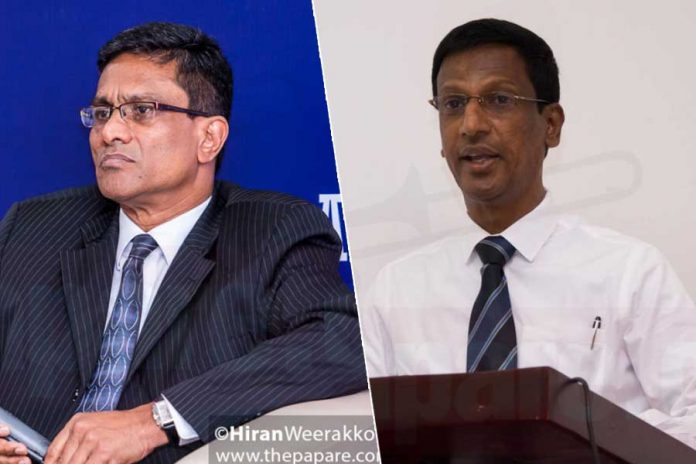 In a surprising turn of events over the weekend, the Regional Development Committee Chairman R. Puvendran has asked Football Federation of Sri Lanka (FFSL) President Anura De Silva and Co. to resign from their positions.

He has also requested Minister of Sports Harin Fernando to attend the next Executive Council meeting.

A day after the announcement of the Vantage FA Cup kick off by the Football Federation of Sri Lanka, the Regional Development Committee Chairman and the President of the City Football League R. Puvendran has reportedly lodged a complaint against FFSL President Anura De Silva and some officials to the Minister of Sports.

As published by most of the leading newspapers in the country, the complaint was against the FFSL President for not honouring the decisions made by the Executive Committee and taking decisions through the counsel of three committee members which has allegedly led to the downfall of the game in the country.

According to him, despite the millions of dollars donated by FIFA and the Asian Football Confederation to develop the game, the FFSL has failed to improve many facets, which were evident in the AFC U23 Championship qualifying competition where Sri Lanka conceded 20 goals in 3 games.

He further went on to say that the FFSL President has failed to call for a Regional Development Committee meeting in two years. Approximately 2.5 million of his personal funds have been spent so far for the game by him purely in his own interest of developing the game and he is extremely unhappy with how the FFSL President operates.

When ThePapare.com contacted Anura De Silva for his views on the allegations he went on to say;

“These are baseless accusations. The discussion was different from the picture given to the media. We will discuss this in our next Executive Committee meeting to reveal the truth. The Ex-Co meeting is open to all members to discuss and do what is best for football. There is no dictatorship whatsoever from my part.

We may make mistakes but not damage the game or purposely damage the administration and do anything to harm the game. The accusation is to tarnish my image. I will call for a press conference after internal discussions.”