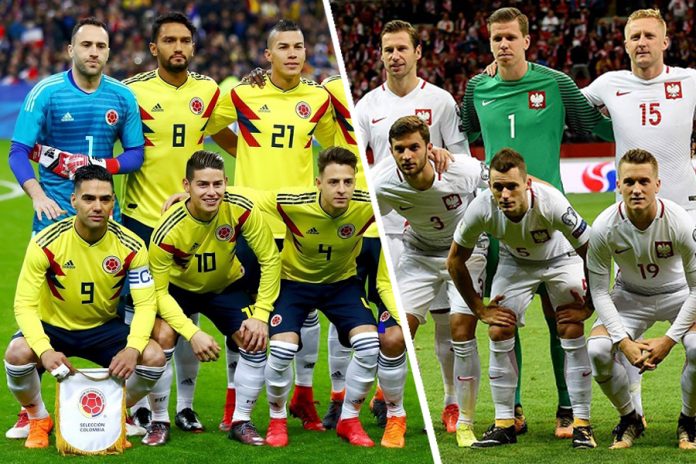 Poland will be making their 8th appearance at the FIFA World Cup, while Colombia will be taking part for the 6th occasion.

Mexico, Sweden & South Korea will have their work cut-out… 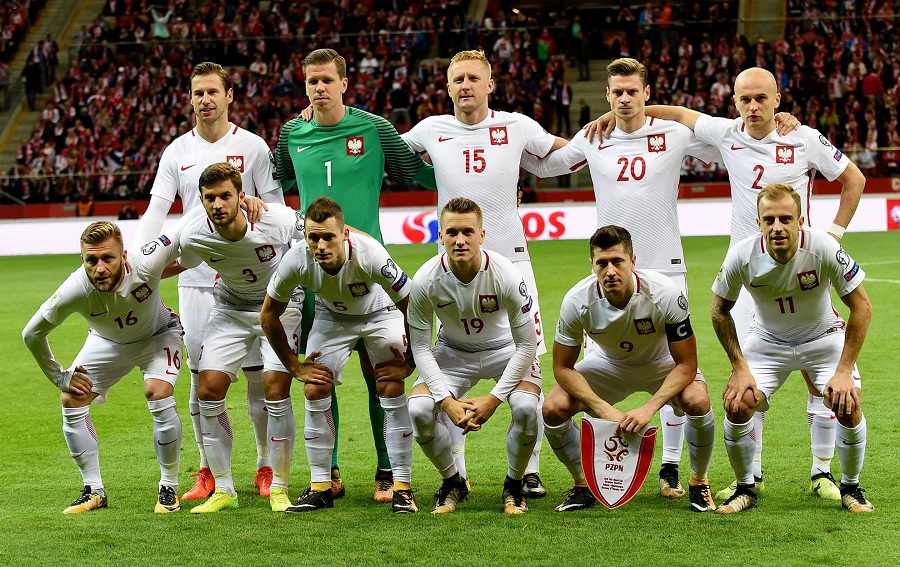 Poland makes a return to the World Cup after a 12-year absence, last taking part in the 2006 edition in Germany.

Poland’s first ever World Cup was the 1938 edition where they bowed out in the first round. However, their best ever performance at a World Cup came the second time they ever qualified in 1974, where they surprisingly came in third, after beating Brazil 1-0 in the third-place play-off.

Poland replicated that success when they finished in third place at the 1982 World Cup, beating France 3-2 in the play-off.

Poland was drawn into Group E of the UEFA World Cup Qualifiers where they were grouped with Armenia, Kazakhstan, Montenegro and Romania.

Poland cruised through the Group, winning 8 out of their ten matches, losing just once. It was that crushing 4-0 loss to Denmark, which was Poland’s worst defeat in a competitive game for 15 years, that exposed some potential weaknesses.

However, 25 points out of a maximum 30 saw Poland top the group easily by a gap of 5 points to second place Denmark and automatically qualify for the 2018 World Cup.

Adam Nawalka took over the Managerial position of the Polish National team back in 2013, managing 45 games, winning 24 drawing 14 and losing 7 since then.

Poland seemed to prefer a formation of 4-2-3-1 during the qualifiers with Robert Lewandowski leading at the front, at times switching to a 4-4-2 with Lewandowski and Jakub Blaszczykowski up top. Though in a friendly in November, Nawalka tried out a 3-5-2 formation; it is unknown whether he will continue this in Russia.

The captain, Robert Lewandowski, hit a record-breaking 16 goals during qualifying and his leadership proved vital as Poland returned to the biggest stage after a 12-year absence. He is considered by many to be one of the greatest strikers in the world today while Poland also have other experienced players from big foreign clubs such as Wojciech Szczesny who now plays for Juventus.

However, a major weakness that was exposed throughout their qualification journey was their weak defense. Poland conceded 14 goals in their qualifiers, the most by any of the group winners.

Robert Lewandowski showed his world class talent as he scored 16 goals throughout the qualifiers to top the goal-scorers list for the qualifiers. He finished as the top scorer for at the Bundesliga this season scoring 29 goals for Bayern Munich, and on top of that he netted 41 goals in all competitions this season.

The last time a nation was successfully able to defend.. 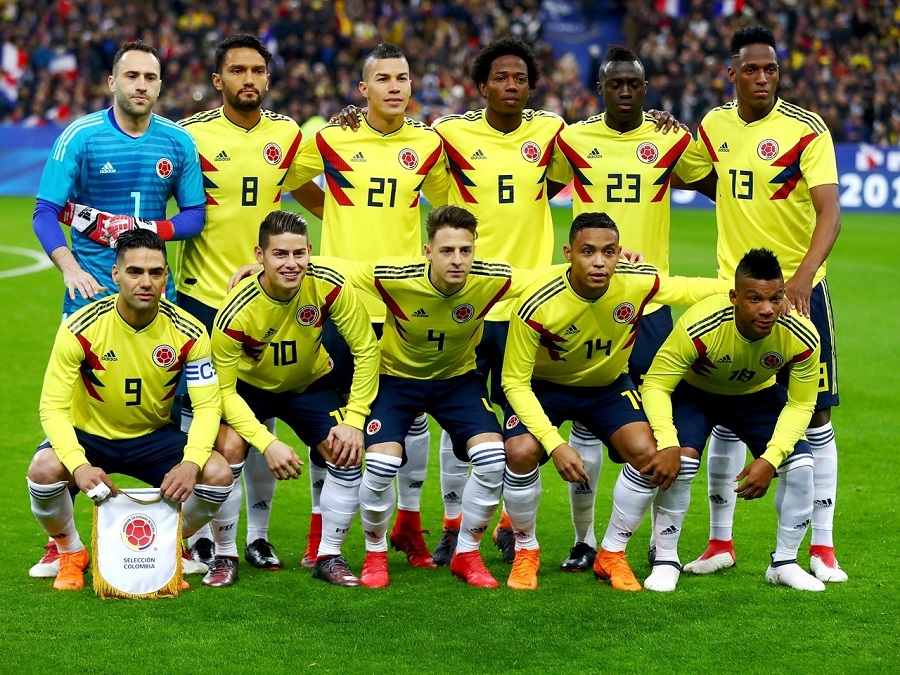 Colombia will be making their 6th appearance at the tournament after making their World Cup debut in 1962, where they were knocked out in the group stage without a single win.

Colombia was supposed to take part in the 1938 World Cup however later withdrew before the tournament commenced.

Colombia’s greatest ever performance at a World Cup came in the last edition in Brazil at the 2014 World Cup where arguably Colombia’s best ever team made it all the way to the quarter-finals before being knocked out by the hosts.

Colombia put on an amazing performance in the 2014 edition that saw them top their group against Greece, Ivory Coast and Japan, before beating Uruguay 2-0 in the Round of 16. Unfortunately, a rocket of a freekick by David Luiz saw Brazil knocking out Colombia in the quarters.

Qualification did not come easy for Colombia as they finished in the 4th and final automatic qualifying spot in the CONMEBOL World Cup qualifiers behind Brazil, Uruguay and Argentina, and with only 1 point separating them from 5th placed Peru and 6th placed Chile.

With just 3 wins in 8 games going into the final match day, Colombia were up against 5th placed Peru in what was basically a knock-out match with the winner ensured of a spot at the 2018 World Cup.

Meanwhile Chile, who were at this stage 1 point ahead of Peru and 1 point behind Colombia were up against Brazil on the final day, and could have qualified over both Colombia and Peru if they had beaten Brazil while the other two drew, or if they beat Brazil and Peru beat Colombia.

However, Brazil thrashed Chile 3-0 and Peru and Colombia played out a draw, which meant Colombia secured the fourth and final automatic spot with Peru qualifying for the Inter-confederation play-off.

Jose Pekerman was appointed as the Colombian Head Coach all the way back in 2012, meaning he was the Coach who managed their great run in the 2014 World Cup. Having been with the team for so long he will know his players very well and have good established relationships within the team.

Colombia seemed to favor the 4-2-3-1 formation throughout the qualifiers, however at times switching to a 4-3-2-1 when away from home, and results showed that they were more successful when playing in a more defensive compact counter-attacking manner.

Colombia has some amazing players in the likes of Radamel Falcao, James Rodriguez and Juan Cuadrado among others who can certainly turn any game in their favour on their day. They also have a very experienced manager who previously led Argentina to the quarter-finals in 2006 and led Colombia to the quarters in 2014 and has been with the team since 2012.

Their main problem however lies in the goalkeeping position as their main keeper David Ospina having spent the majority of this season on the bench for Arsenal.

The key man for Colombia will no doubt be James Rodriguez, the breakout star of the 2014 World Cup who ended up getting the golden boot as well.

He has had a bit of a turbulent time since then however, as he lost his place in the Real Madrid side before moving on loan to Bayern Munich for the 17/18 season where he has scored 9 goals and gotten 17 assists in all competitions, and no doubt he will have good support from other key players such as Falcao.

Davinson Sanchez joined Tottenham Hotspurs from Ajax for the 2017/18 season, at the age of 21. He has made 31 appearances this season for Tottenham and will be one to watch in the Colombian team.