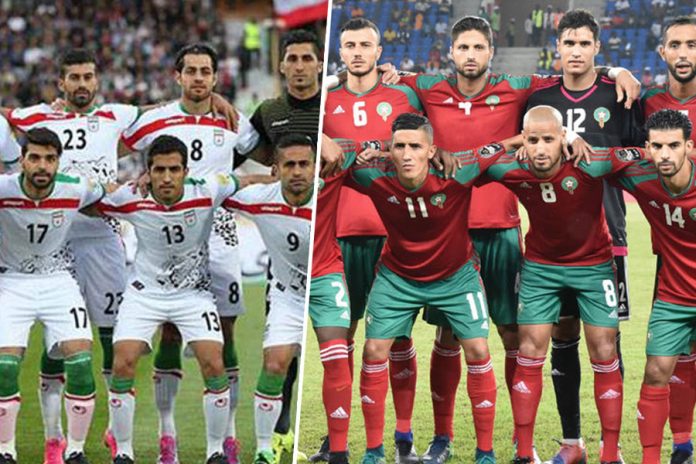 Morocco, are one of the five African nations to qualify for Russia 2018, while Iran qualified 1st amongst the Asian countries for the big spectacle.

Senegal will be looking for another memorable World Cup….. 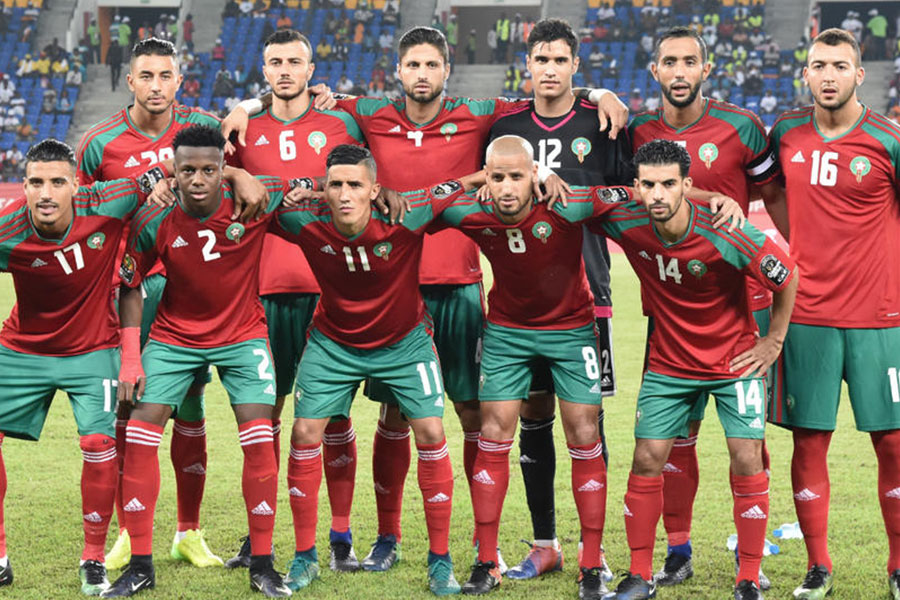 Paired alongside Portugal, Poland and England, they managed to hold both England and Poland to goalless draws and defeated Portugal 3-1 to top Group F. They eventually lost to West Germany 1-0, who went on to become runners-up that year, after a hard-fought game.

They nearly repeated the same feat in 1998 but were denied the opportunity by Kjetill Rekdal, who scored a last-minute winner against Brazil to send Norway to the 2nd round ahead of them.

Nevertheless, the start of their journey was not so glorious with two goalless draws against Gabon and group favourites Ivory Coast.

Needing some additional inspiration, coach Herve Renard convinced midfielder Hakim Ziyech, who had declared he would not play for Morocco again after being left out initially, to join the team in June last year. The tables turned in their favour afterwards when they defeated Mali 6-0 with two of the goals coming from Ziyech.

With another goalless draw against Mali in the 2nd leg and defeating both Gabon and Ivory Coast by 3-0 and 2-0 respectively, Morocco secured their spot in Russia while being the only African nation to qualify without conceding a single goal.

Morocco won both their friendlies held in March against Serbia and Uzbekistan 2-1 and 2-0 respectively.

The 49-year-old French national, Herve Renard is currently charged with the duty of coaching the Moroccan national football team. Renard, currently under high praise for leading Morocco to their first World Cup in 20 years was even commended by Mohammed VI, King of Morocco, the moment they qualified.

After a limited playing career, Herve Renard caught his big break when he was appointed as the Assistant Manager to Claude le Roy with Ghana in 2008. Since then he has managed 4 African national teams and won the African Cup of Nations with two of them, namely Zambia (2012) and Ivory Coast (2015).

Renard prefers a 4-3-3 formation but has gone ahead with the 4-5-1 formation with Morocco and it has proven to be effective with clean sheets throughout the qualification campaign.

The Moroccan defense can be, without doubt, be stated as their greatest strength. Six clean sheets throughout the qualification campaign reflects this. Nevertheless, it is to be seen how this defense will hold up against European giants Spain and Portugal.

Despite a 6-0 win against Mali, the Atlas Lions’ attack is still under question with 3 goalless draws in the qualifiers. The Moroccans need to work on this area if they aspire to qualify for the next round.

Midfielder Hakim Ziyech and center back Mehdi Benatia are crucial players for the Moroccans. Ajax player Ziyech is known to bring in a creative force for the team from the right flank, scoring two of the six goals against Mali straight after rejoining the team. Benatia who plays for Juventus, will be leading the already fortified defense and would hope to keep up the clean sheet streak.

24-year-old Sofiane Boufal who plays for English club Southampton, has established himself as an attacking presence and will clearly be a player to watch out for. 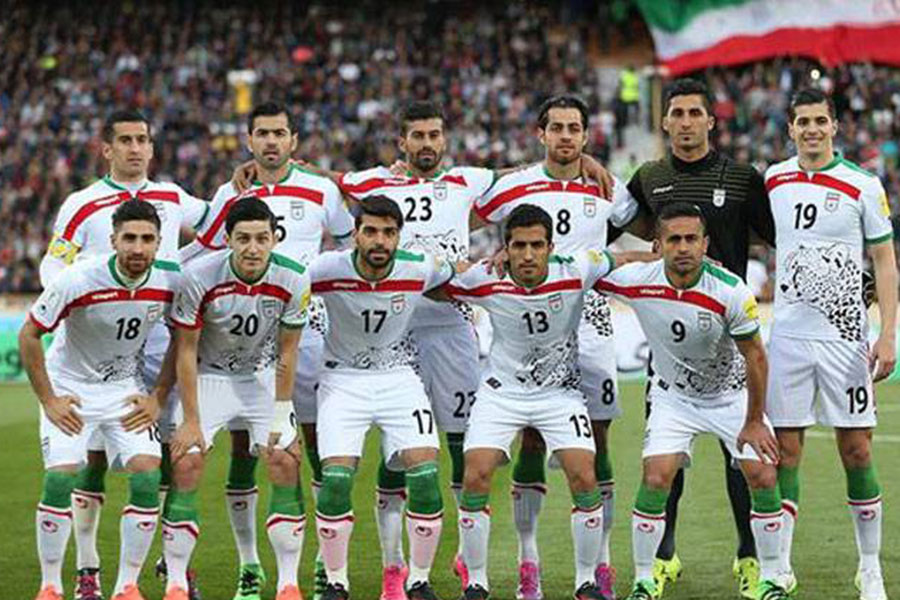 Team Melli first qualified for the World Cup in 1978 and since has participated in 3 other editions with 2018 being their 5th time and second successive appearance for the first time.

The World Cup tale of the Iranians has not been a glorious one as they are yet to qualify for the knockout stage.

The only World Cup win for Team Melli came in the year 1998 at France when they defeated the United States 2-1. The rest of their World Cup history is filled with draws and losses with the 0-0 draw against Nigeria in 2014 being their first clean sheet.

Iran managed to hold down the Argentinians for 90 minutes at Brazil before a late goal by the legendary Messi took away their hopes. Nevertheless, Team Melli was highly commended for their feat since Argentina is a one of the strongholds of football and went on to become the runners-up that year.

Iran was the second team to qualify for the 2018 FIFA World Cup after Brazil, and the first from Asia. Undefeated throughout 18 qualifying matches and conceding only twice in the third qualifying round, Iran is undoubtedly the best qualifier from Asia.

With the privilege of being ranked the highest team in Asia (since December 2014), Iran received a bye over to the second round of qualifiers where they were put alongside Oman, Turkmenistan, Guam and India in Group D. They aced through to the top, winning 6 of the 8 games whilst scoring 26 goals.

The third round of qualifiers saw Iran being put into Group A with South Korea, Syria, Uzbekistan, China PR and Qatar. Their streak continued once again with 6 wins, 4 draws and 10 goals to boot with a final 2-0 win over Uzbekistan confirming their spot in Russia.

Long time manager Carlos Queiroz has been at the job since 2011 and is currently leading Team Melli to their second World Cup under his regime. Previously managing giants like Real Madrid (2003-2004) and Portugal (whom he saw through to the 2010 World Cup), Queiroz is determined that Iran will not be “just tourists” this time.

Queiroz has developed a well-functioning football machine and uses “reactive football” tactics, employing a 4-2-3-1 formation with a deep lying defense and bringing on the occasional quick counter-attack.

This has worked out very well so far, but it is to be seen how they will fare in Russia. It has been noticed that he has been employing a much more aggressive tactic in the recent friendlies, no doubt getting ready for a goal scoring spree in June.

Iran, though equipped with a considerably strong defense will need to work on their attack if they are to succeed in Russia. Even though attackers like Sardar Azmoun have contributed generously, the goals did not come that easily and hence the attack has to be fortified if they are to break through the likes of Ramos and De Gea.

Veteran defender Jalal Hosseini has over 100 caps and is a very important player in the Iranian defense. In addition to that, Mehdi Taremi and Reza Ghoochannejhad have proven to be helpful in the Team Melli attack, bringing about the occasional goal.

Sardar Azmoun is undoubtedly the most crucial player in the team, bringing about 22 goals for his country. This 22-year-old who plays for Rubin Kazan in Russia has been on fire since the 2015 Asian Cup and is sure to be one who will bring glory to his nation.