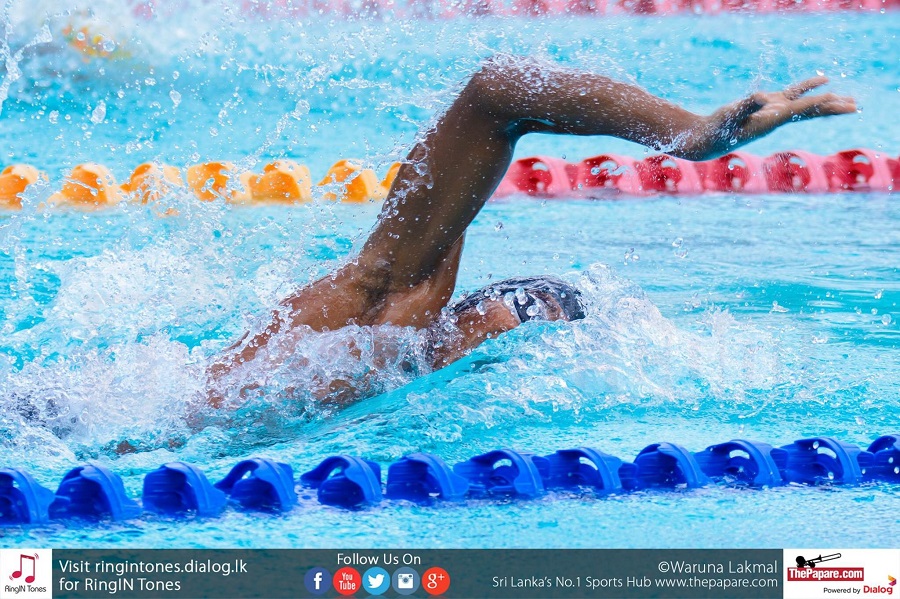 The All-island National Schools swimming tournament commenced yesterday at the Sugathadasa swimming pool. The tournament comprises of all the top swimmers from all over the nation going head to head to decide a champion.

During day 01 the familiar names in the swimming arena asserted dominance securing gold at most of the events held during the day. Following are a few of the top performers during the day.

Taking a look at the younger age categories Visakha continued to dominate thanks to the likes of Sandu Savindi who won the Under 18 LC 100 Meter Butterfly and the 50 LC Meter Freestyle clocking in at 1:09.62 and 28.29 respectively.

At the end of day 01, a majority of the top swimmers have bagged 2 gold medals each at the National Schools swimming tournament held at the Sugathadasa swimming pool. Stay tuned to ThePapare.com for more updates on the event.