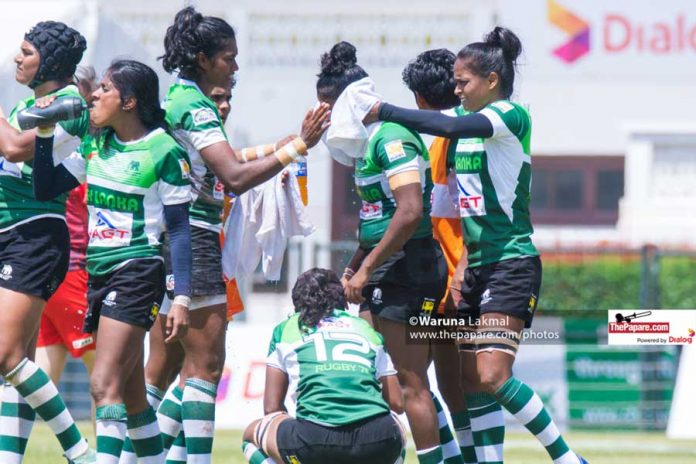 The Sri Lankan Women’s team for the Asia Rugby Sevens Series 2019 was announced last evening, with the squad set to leave the country for the championship next-week.

The Sri Lankan Ladies went onto finish in 5th place last year after beating Thailand in the 5th – 6th Place playoff match at Racecourse in the 3rd and final leg played in Sri Lanka. It was a satisfactory finish for the women as they put on a good show against some big sides like Kazakhstan and Japan.

However, this year, despite key players like Sandanika Hemakumari (Captain of the 2018 Asia Sevens Series 1st leg) not being in the squad, the team is full of experienced players.

Continuing her good form and leadership abilities, Navy Sports Club star, Sanjeewani De Silva, a.k.a Sanju, will lead the side this year as well, with hopes of a top 4 finish in the 2019 edition of the 3-legged mega event.

Backed up by the likes of Wasana Weerakkody (NSC), Thanuja Weerakkody (NSC) and Dulani Pallikondage (ASC), Sanju leads a team that has been playing together for numerous years in the Asia Sevens Series.

Sudath Sampath will continue as the Head Coach of the team whilst Upali Wickramasingha acts as his Assistant Coach.

The team is set to leave the Island on the 28th of this month as the first leg of the tournament will be held in South Korea.

The team that will tour is as follows: