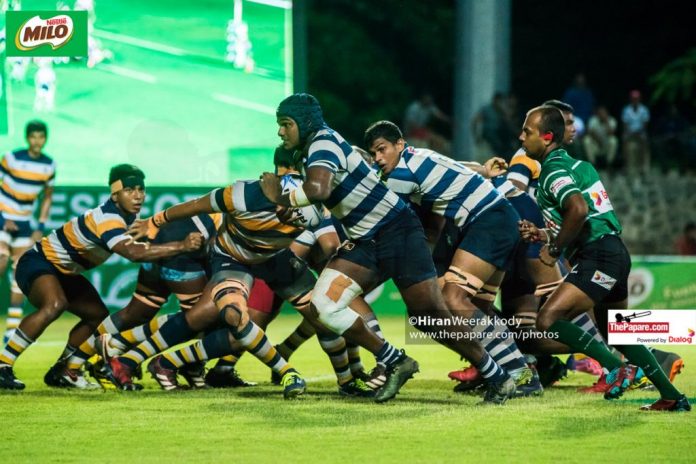 Bulldozing No.8, representing his school for the 5th year in the 1st XV jumper, Tharindu De Alwis has been tasked with leading the Josephian outfit for the 2019 Schools’ Rugby Season.

Team 2019 will no doubt face an uphill task if they are to match the heroics of 2018, following arguably the best season of Josephian rugby history in which they finished the league and knockout as runners up while taking home the sevens title for the first time in their rugby history.

Speaking exclusively to ThePapare.com, skipper De Alwis stated that their preparation is well underway and they are hoping this term will be as prosperous as 2018 – “We have started our preparation for the upcoming season with the support of Coaching staff and we no doubt aim to reach the heights of last season”

Having represented Sri Lanka at the U18 7’s Youth Olympics in 2017 and at the U19 Asian Rugby Championship in 2018, Tharindu is no stranger to the International stage and he will surely be aiming to bring in all his experience leading his school out this season.

Joes are set to kick off their 2019 campaign against hard hitters Science College in February. Meanwhile, St. Anthony’s, Zahira, Trinity and Isipathan games will be played during the month of March to round off the first round of games.