England powered into their second World Twenty20 final as they hammered New Zealand by seven wickets in Delhi.

But England came back superbly to restrict them to 153-8, with Ben Stokes taking three wickets at the death as New Zealand scored just 20 off their last four overs.

Eoin Morgan’s side will play West Indies or India in the final in Kolkata on Sunday.

But merely having made it to that stage completes a remarkable turnaround from last year’s World Cup, where England were humiliatingly knocked out in the group stages, while New Zealand reached the final. 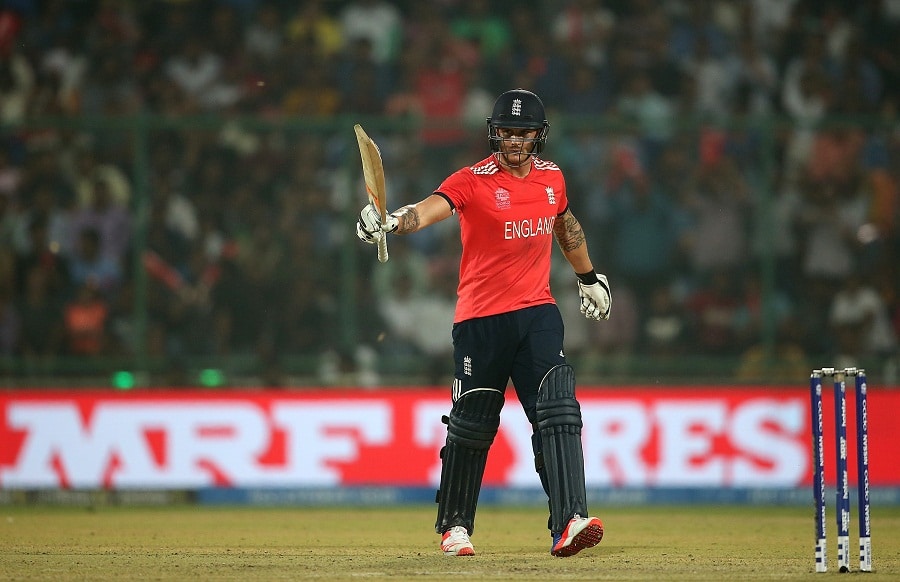 Coming into this tournament, Roy averaged just 13 from eight T20 international innings and had never passed 30, and he was under pressure for his place after a poor limited-overs campaign against South Africa.

But the 25-year-old Surrey batsman is now the third-highest run-scorer in the tournament after surely his finest innings in an England shirt.

Roy savaged the New Zealand bowlers from the off, taking Corey Anderson for four fours from his first over, and never looked back.

Brutal on the pull and off-driving powerfully, he hit a total of 13 boundaries before he was bowled by Ish Sodhi.

At the halfway stage in New Zealand’s innings, England had conceded 12 fours and two sixes and were looking at a chase in excess of 200.

But they fought back quite brilliantly, as first spin and then outstanding death bowling from the seamers slowed the New Zealand juggernaut to a virtual halt.

Corey Anderson and Ross Taylor steered New Zealand to 133-3 after 16 overs, but from there Stokes and Chris Jordan destroyed their hopes of a good total.

Jordan, consistently hitting a perfect yorker length, had Taylor caught at extra cover, while Stokes accounted for Anderson, Luke Ronchi and Mitchell Santner, all caught on the boundary.

New Zealand managed just one boundary in the last four overs – the least expensive ever bowled by England in a T20 international.

New Zealand entered the match having won all four of their group matches, and 12 of their last 13 in global tournaments.

But – just as in the World Cup final, when they froze at the Melbourne Cricket Ground – they appeared to be undone by a change of location, as they failed to adapt from the low-scoring conditions in which they had played their previous games to Delhi’s more batsman-friendly track.

The Black Caps had defended scores of 126, 142 and 145 earlier in the tournament, but England had broken the back of the chase in amassing 49-0 by the time Williamson turned to his leading wicket-taker Mitchell Santner after four overs.

New Zealand’s defeat means that they miss out on a first World Twenty20 final, and ensures that the record of no side ever having won the tournament undefeated will continue.

The stats you need to know

Did not bat: Sodhi, Milne