Last Saturday, it was announced that England would be docked five WTC points, one for each over they were found to initially have fallen short by. However, it has since emerged they were eight overs short, and will therefore lose three additional points.

That left them with six points after five Tests in the ongoing 2021-23 cycle of the WTC, putting them at the 7th spot in the table, with a win percentage of 10%. 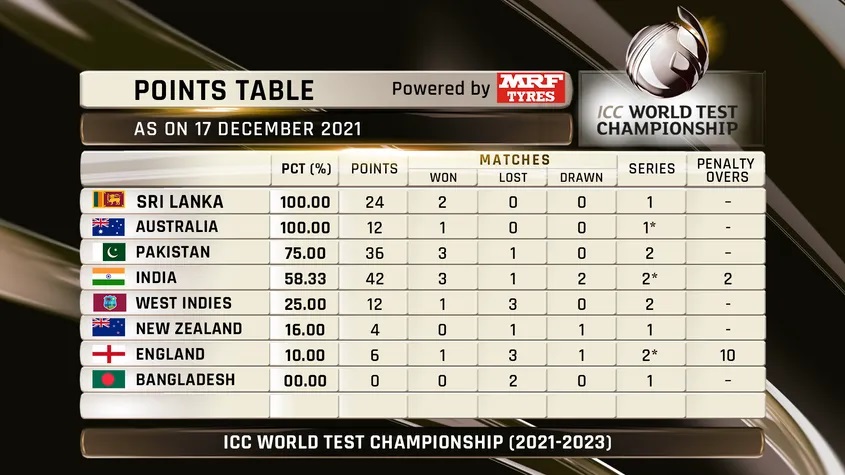 “However, the points deduction for penalty overs is not capped and must reflect the actual number of penalty overs a team is short of the minimum requirement as per Clause 16.1.2 of the ICC Playing Conditions, hence they have been penalised one point for each over they were short.”

England, who lost the first Ashes Test by nine wickets, were also penalised for poor over rate in the home series against India in July-August, meaning they’ve now conceded a total of 10 points to slow over rate.