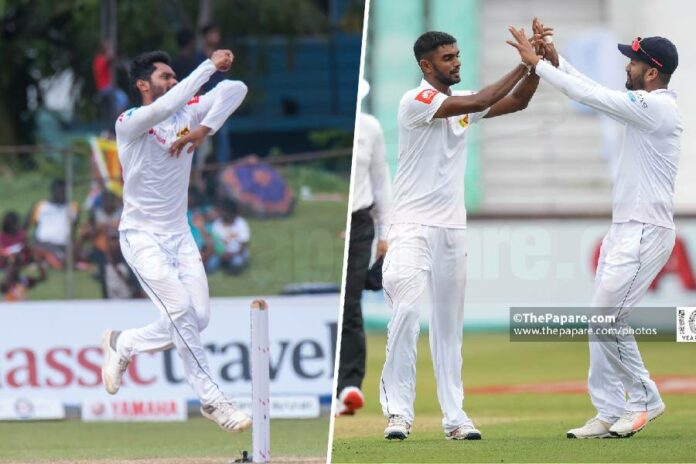 The hosts resumed their innings on day two at 103 for 1 but lost the overnight batsmen Shai Hope and Darren Bravo very early in the day ending the 102-run partnership built between them. Kyle Mayers and Shamarh Brooks put on a 76-run partnership for the 4th wicket putting the hosts in a strong position.

But Windies couldn’t sustain the momentum with the bat as they lost the remaining 6 wickets for just 107 runs. The Sri Lankan spinners were very impressive with the ball as their premier spinner Lasith Embuldeniya and off spinner Dhananjaya de Silva picked up 3 wickets each.

The visitors began their second innings 122 runs behind and displayed a better batting display this time around posting 56 runs for no wicket at the end of the second day’s play.