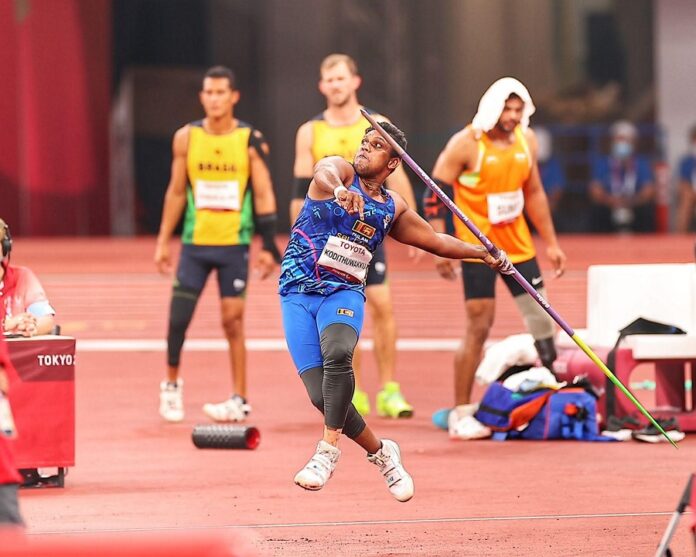 Dulan Kodithuwakku won Sri Lanka’s second Paralympic medal of the day when he clinched the Bronze medal in the Men’s Javelin F64 with a personal best performance of 65.61m recorded in his 4th attempt.

Dulan had a strong start to the event where his throw whizzed past his previous personal best of 58.38m to a new best of 62.11m placing him in silver medal contention. Not leaving anything to chance, Dulan continued to push as he managed to better his personal best twice with his second and third attempts reading 63.49m & 65.61m respectively with his third attempt of 65.51m being his best throw of the competition and a new Paralympic record in the F44 class. But unfortunately, Michael Burian of Australia who came out with personal best throw of 66.29m, leapt ahead of Dulan to take the Silver.

It was a terrific performance from Dulan as he managed to better his previous personal best of 58.38m thrice during the competition.

Sampath Hettiarachchi who competed in the Men’s F64 class had to be satisfied with 9th place with his throw in the first round which measured at 49.94m being his best performance of the day.

Keep it locked to ThePapare for updates for the Paralympics.